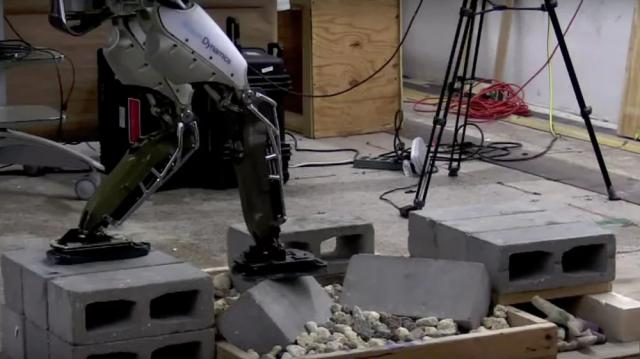 Humanoid robot Atlas company of Boston Dynamic has shown how to walk on a surface that simulates the rubble.

The new algorithm allows the robot to move the center of gravity to maintain balance when steps from one foot to the other. Due to the rapid movement of free limbs and torso of the Atlas is not falling, even on sloping sites.

According to the researchers, the robot is not even necessary to know what is situated ahead, reports the New Atlas. He is able to maintain balance even if the foot is in partial contact with the surface. So during a demonstration Atlas went for building blocks laid at an angle.