“Atmospheric rivers” to save California from drought 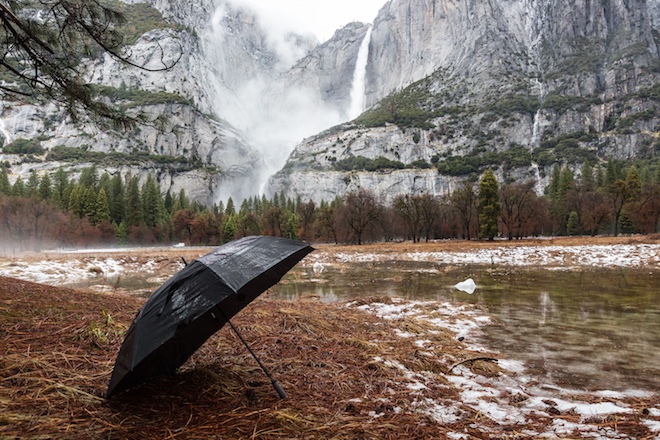 The so-called “atmospheric rivers” that can dump huge amounts of water from the Pacific ocean to California, transferring it through the air to the Hawaiian Islands.

This weather phenomenon overflowed rivers, flooded vineyards, brought snow and rain in the Sierra Nevada and increased the risk of landslides on the hills that burned last summer from forest fires.

What is an atmospheric river?

An atmospheric river is a long and narrow strip of water vapor that form over the ocean and flow through the sky. According to the National oceanic and atmospheric administration (NOAA), they are found worldwide, but are of particular importance to the US West coast, where a 30% to 50% of annual precipitation and are associated with the water supply in the region and issues such as flooding and landslides.

Formed by winds of cyclones, atmospheric rivers typically range from 400 to 600 kilometers in width and is moved under the influence of other weather processes.

Atmospheric river over the weekend sent the rains in California, interacted with the low-pressure system, directing a cold current from the North Pacific ocean, said the bill Papert, a climatologist at the jet propulsion Laboratory of NASA. “They’re coming at you like a fire hose,” he said.

The atmospheric river that overtook the state in this time, first set his sights on Northern California and then headed along the coast to southern California.

One of the victims of the disaster became a thousand-year tree — giant Sequoia “Cabin of pioneer”, which in the 1880-ies made tunnel.

According to NOAA, the majority of atmospheric rivers are weak. But the most powerful of them can carry the amount of water vapor equal to the volume fifteen of average water flows at the mouth of the Mississippi.

What happens when the atmospheric river reaches the ground?

When humid air moves over mountain ranges such as the Sierra Nevada, along the border of California and Nevada, water vapor rises and cools, turning into abundant precipitation, which falls as rain or snow.

While traditional cold winter storms of the North Pacific ocean-covered mountains of the Sierra Nevada with snow, of vital importance for the supply of water to the region, atmospheric rivers, according to Aserta, stay warm.

As a result, in the highlands it is snowing, and the snow cover below the rain. This can cause rapid melting, floods and reduced snow cover necessary to ensure California’s water.

What is pineapple Express?

The nickname of the atmospheric river that originates near the Hawaiian Islands.

Where did the term “atmospheric river”?

For the first time this name was used in their study in 1990-ies, researchers from the Massachusetts Institute of technology Yong Zhu and Reginald Newell.

What about the drought?

After five years of crippling drought in the fall and early winter in California came long-awaited rain. The situation has improved approximately 18 % of the territory of the state, according to data of the U. S. Drought Monitor.

This happened despite the presence of the weather phenomenon La niña, a cooling of the Central and Eastern parts of the Pacific ocean, which sometimes leads to unusually dry conditions in California. But this La niña was very weak.

Due to the absence of the influence of La niña and disappearance of areas of high pressure on the West Coast, which in recent years has prevented the spread of the storms, atmospheric rivers were open.

“Some of these warm storms actually reduced snow cover,’ said Papert. — Coming in spring, summer and autumn this rain may seem like a gift from heaven, but a lot of moisture escapes through the river system.”