Attack of clones is inevitable 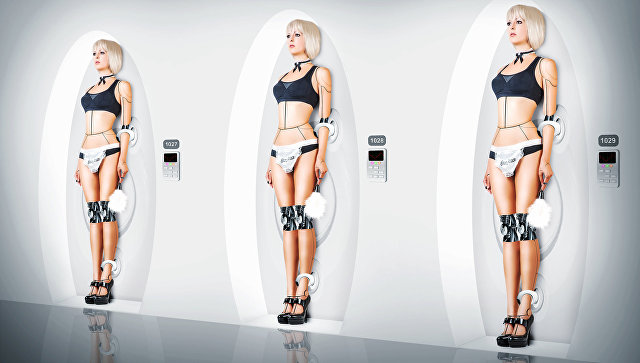 Valery Spiridonov, the first candidate for a body transplant, talks about how modern technologies of cloning living organisms originated, and discusses the consequences of their appearance for humanity.

The key of life

The beginning of research on alternative bio-production is attributed to 1885, when the German scientist Hans Driesch began to study methods of reproduction, experimenting on sea urchins and other animals with large eggs. In 1902 he managed to grow two full sea urchins, dividing one embryo into two halves in the first stages of its growth.

A fundamentally new method of cloning was developed in the 1940s by the Soviet embryologist Georgy Lapshov. He isolated the nucleus of a non-full cell and introduced it into an egg with a pre-extracted nucleus. This cloning method was called the “kernel transfer”.

Similar experiments were later carried out by American embryologists with tadpoles of frogs. And in 1996 the whole world flew around the news about the successful cloning of Dolly lamb. This was the first mammal cloned from adult cells.

Later, scientists tried to clone many more animals: mice, pigs, goats, cows, horses, rats and others. Parallel to this, new genetic engineering techniques were created, allowing to change the DNA of the embryo during cloning and to perform other fantastic things that are now commonplace for science and medicine. 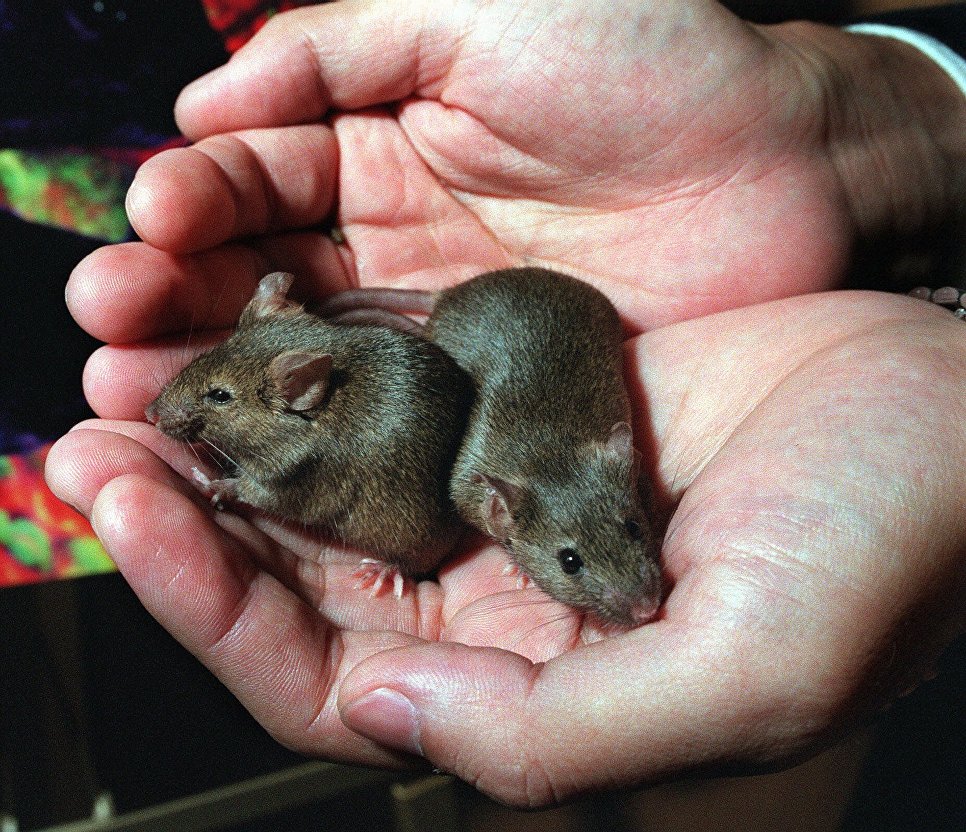 However, the purpose of such experiments was not only to recreate a population of rare species of animals, but also to test technologies and cloning techniques to create a copy of a human or individual tissues.

Copies are illegal. Legislative regulation in Russia and the world

In most countries of the world, a temporary ban was imposed on cloning. It is primarily due to ethical issues, as well as the imperfection of available technologies. When scientists perform the cloning process, they simultaneously create hundreds of embryos, most of which do not survive the implantation stage.

In addition, observations of the length of telomeres, end sections of DNA, show that clones should have a shorter life span than their “parents”, which, however, does not yet appear in the course of observations of real living clones, despite shorter telomeres than in animals of similar age, conceived naturally.

In Russia, since April 19, 2002, the federal law “On a temporary ban on human cloning” is in force. This document expired in 2007. Then the moratorium was extended in 2010 for an indefinite period until the law, establishing the procedure for the use of technologies in this area, came into force. However, the law does not prohibit the cloning of cells for research purposes or for transplantation.

Despite the resistance of politicians and the public, the first laboratory studies and experiments on human embryos were recently conducted in China, the United States, the United Kingdom and the Netherlands. In other countries of the world (for example, in France, Germany and Japan) such experiments are still outside the law. 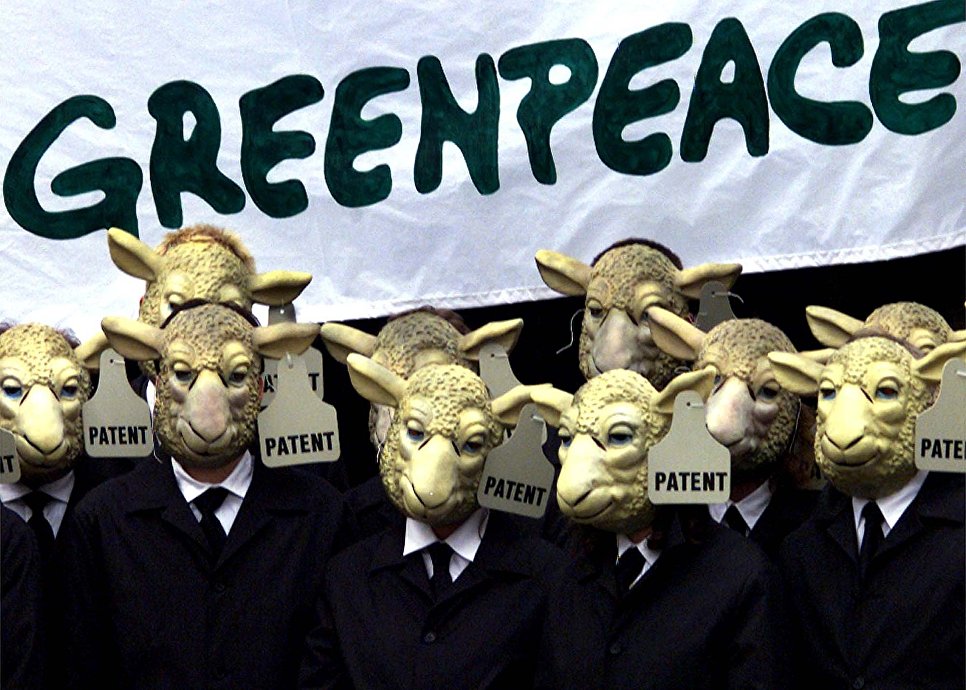 Protest of Greenpeace activists against animal cloning in Germany

If we consider this issue from the point of view of religion, then we can say that any kind of cloning is unacceptable for representatives of almost all confessions of the world.

At the moment, there is no reliable information about the experiments conducted on human cloning. The National Institute for the Human Genome of the United States, one of the main research centers working in this direction, identifies three types of cloning: gene, reproductive and therapeutic.

Cloning of genes or segments of DNA (as defined by the University of Nebraska) is a process in which DNA is extracted from the cells, cut into parts, and then one of these parts, containing a particular gene, is inserted into the genome of another organism .

Cloning of DNA segments in the laboratory

As a rule, its role is played by various microbes, whose DNA is much easier to manipulate than the human genome or other multicellular living beings, in which the genetic material is packed inside the nucleus, isolated from the rest of the cell.

After receiving several hundred of these microbes from the “cloned” foreign DNA, scientists observe how their vital activity has changed, and select those bacteria that contain interesting genes capable, for example, to make plants invulnerable to attacks of various pathogenic fungi or to protect them from pest infestations.

Similarly, the “cloning” of human genes in microbial DNA allows molecular biologists to search for the causes of various genetic diseases and create gene therapy that can fight them.

Embryonic stem cells and their analogues, made from “reprogrammed” skin cells or connective tissue, can be converted into virtually any type of cells in the body. This is their feature allows you to recreate tissues and organs that are compatible with the immune system of the recipient.

In Russia this process is called cellular multiplication. It is similar to reproductive cloning, but the terms of culture growth in this case are limited to two weeks. After 14 days the process of their reproduction is interrupted, and the cells are used in the laboratory. For example, to replace affected tissues. They can also serve to test therapeutic drugs.

This method in the UK already grow artificial skin, and in the United States create full bladder.

Cloning in the future could completely solve the problem of infertility – a vivid example of this was just the famous sheep Dolly. 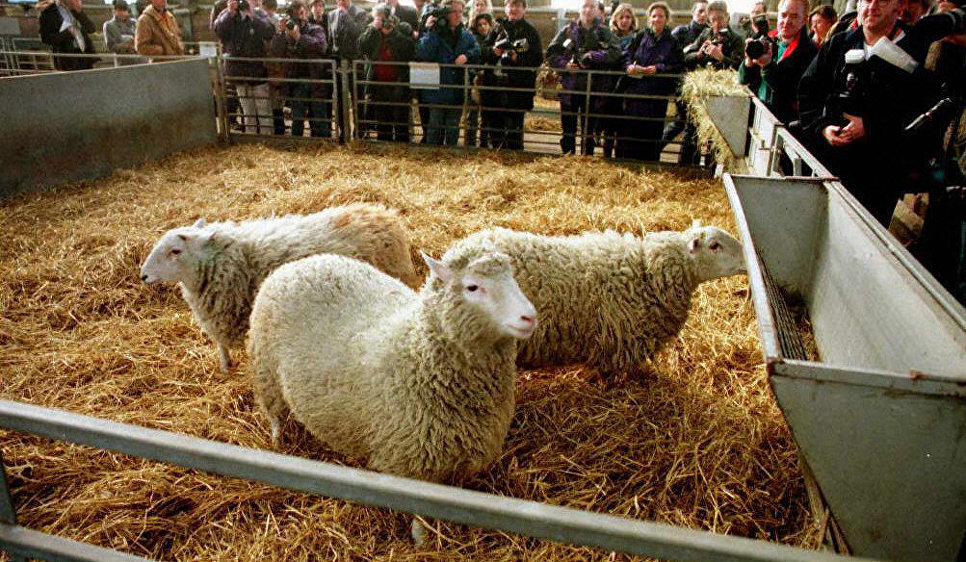 The source of the genetic material was the cells of the dead sheep, the egg donor was another sheep, and the third animal played the role of a surrogate mother. Out of 277 cells, only 29 developed to embryo status, only one of which survived.

Despite the uniqueness of the experiment and the scientific breakthrough for that time, its results were criticized.

The main reason is that the experiment was not pure in terms of genetics. In addition to nuclear DNA, part of the genome is contained within the so-called mitochondria, cellular “power plants.” In this case, Dolly inherited the mitochondria not from her “genetic” mother, but from the egg donor, because of what she can not be called an absolute clone. The question arises: is it possible in principle to create an ideal copy of any person or animal?

Absolute clones do not happen?

Even if the clone is initially genetically identical to the original, its similarity with it will inevitably decrease over time. This will affect both external and internal characteristics.

In particular, new random mutations constantly appear in the human and animal genome, so that the clone and the original will become unlike in the first seconds of their “separate” existence. Even natural “clones”, identical twins, initially have several dozen different mutations, and their number gradually grows after they are born.

Moreover, if we remember physics, we will notice that the very laws of quantum mechanics forbid the existence of ideal copies of any objects.

Nevertheless, science does not stand still, and over the past decades, the techniques of cloning both genes and organisms have become much safer and more reliable, which reduces the chance of unsuccessful cloning or the appearance of errors in transplanting DNA into a foreign organism.

For example, the emergence of techniques for “reprogramming” cells allows scientists today to receive large amounts of stem cells and even grow full embryos without sacrificing other embryos for this. While such cells are used only in laboratories, but in the future they can find their place in the treatment of Parkinson’s disease, Alzheimer’s, the consequences of strokes, blindness and the solution of many other health problems.

Improvement of biotechnologies and accumulation of scientific knowledge in the field of genetic engineering opens new opportunities for man: the elimination of genetic diseases, biocompatible transplantology, alternative solutions to infertility problems and, possibly, the birth of children with specified parameters.