Aurora company has developed a robot-pilot 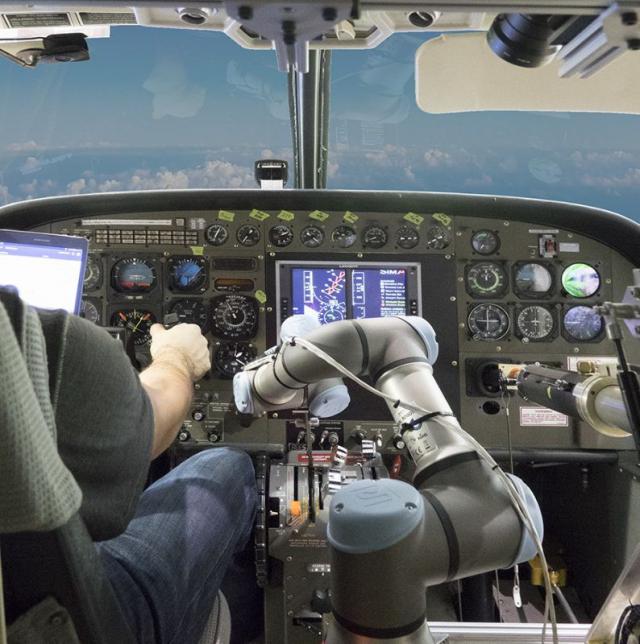 Company Aurora Flight Sciences have developed a system that is able to act as co-pilot. On 17 October the specialists of the company demonstrated the ALIAS (Aircrew Labor In-Cockpit Automation System) in the Cessna Caravan.

Previously, the system was tested on a light aircraft Diamond DA-42 simulator. In the future the company intends to test the ALIAS by helicopter Bell UH-1.

ALIAS was developed with support from DARPA. The system can be installed on various existing aircraft to reduce crew size, reduction of pilot workload and improve safety during the flight.

The ALIAS system includes a built-in cabin video system, a robot system for recognition and synthesis of speech.