Auroras are dangerous for people prone to mental illness 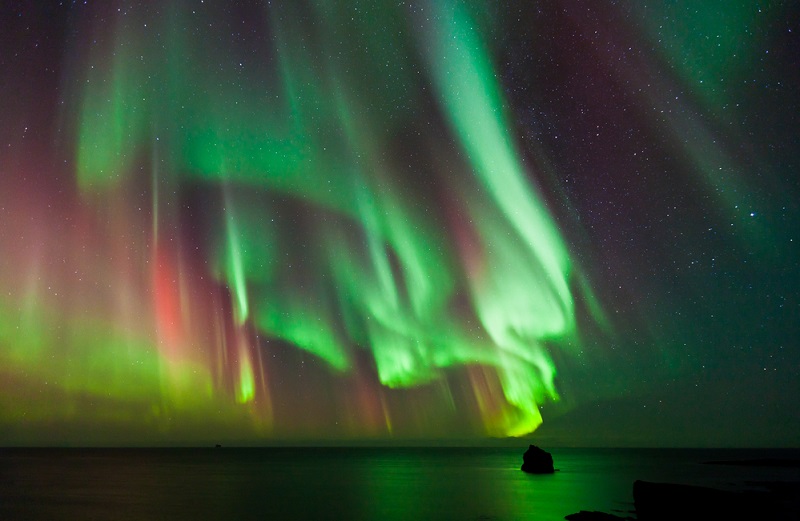 In Russia, as in other northern countries, there is a season of northern lights. Tourists from all over the world are in a hurry to look at a unique natural phenomenon: who is behind the scenes, who is behind the emotions and unforgettable pictures. See the shine now in the trend of traveling, but they need to know about some precautions and weather nuances.

The mystery of the mysterious lights guessed at one time, Mikhail Lomonosov, is described on the website of the Russian Geographical Society. The sun ejects charged particles – the solar wind, which, reaching the Earth, makes the atmosphere sparkle with different lights. With the help of magnetic attraction, the planet “catches” the passing solar wind and directs it to where the magnetic poles are. There the solar particles instantly attract themselves to them, and from the collision of the solar wind with the atmosphere, energy appears, which is converted into light, which creates the northern lights. Waves and play, which a person sees, occur at an altitude of 100 to 300 km.

Observations of radiance, of course, strongly depends on the weather. For example, unlike Chukotka, the warm current of the Gulf Stream often causes the formation of dense clouds over the Kola Peninsula. But it is easier to get to the Murmansk region and Karelia, so the main stream of tourists is sent to these areas. You just need to know that to see the aurora can not always and not everywhere; sometimes, in search of color overflows, you have to drive all night or expect an improvement in the weather for several days.

And local people noticed: the aurora takes away the mind (not all, of course). And this is not a series of intimidating horror stories. The Eskimos call this the “Polar Star Call”. Russian Pomors introduced the concept of “measure”. It denotes an unusual mental illness that occurs simultaneously in several people. At one time, the famous polar Amundsen collided with this strange phenomenon. He was the navigator of the ship “Belzhik”, who stood in the winter off the coast of Antarctica. Several members of the expedition “heard the call.” One of them escaped from the ship into the snowy expanses, and the other tried to kill Amundsen with an ax.

Doctors who took part in polar expeditions discovered a pattern: almost all cases of polar rabies coincided with the activity of the aurora borealis. The most terrible – coincided with flashes of red. The number of such attacks of expeditionary rabies seriously increased in the years with recorded peaks of solar activity, when the brightest auroras occurred.

After a series of experiments, Soviet scientists found out: certain forms of auroras pulsate with a frequency that is close to the basic rhythms of the human brain, which causes a kind of malfunction in its work. And bright flashes of scarlet color coincide with the frequency close to the rhythms of the brain. They cause exacerbation of chronic diseases and seizures, similar to epileptic. Other subjects experienced headaches and malfunctions of the vestibular apparatus under the influence of such outbreaks. This type of exposure affects people prone to mental illness: they feel an inexplicable need to become one with something majestic.

The aurora is accompanied by active infrasound, which is not audible. Infrasound is unpredictable: it is not known what changes occur in this case with the human brain and cardiovascular system. Therefore, to witness the northern lights – means to expose yourself to an unknown danger to the body.

Infrasound is the cause of many tragedies taking place in the sea. The insignificant effect of infrasound entails sea-sickness, the middle one causes brain function disorders, sometimes before deprivation of sight and hearing. It is believed that infrasound at 7 hertz is fatal to humans. Death occurs due to the vibration of internal organs, which leads to cardiac arrest. Scientists believe that the legends of sea sirens, inviting navigators, are directly related to the aurora.