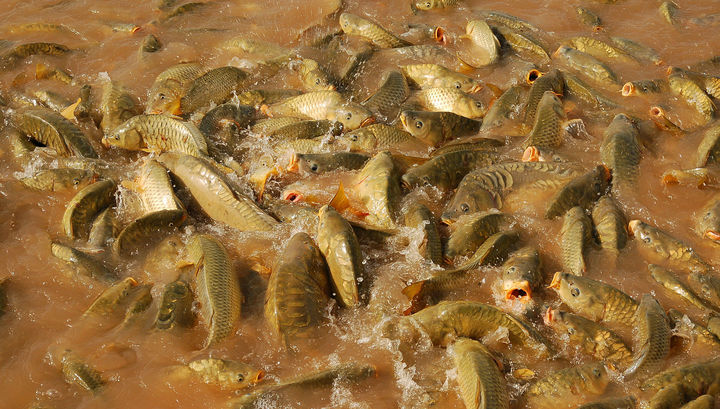 The Australian government declared war against the carp, which was introduced to the Green continent in the nineteenth century and since then is widely distributed in local waters, threatening local fish species. The Ministry of agriculture and water resources of the country announced the preparation of a programme to reduce the number of carp. For this officials together with scientists plan to deliberately infect local populations of a cyprinid herpes virus.

Recall that Australia broke away from the supercontinent Gondwana about 50 million years ago, and since then its flora and fauna evolved in isolation from the rest of the world. It helped to save many creatures on other continents could not compete with modern animals. But after European colonists brought with them new species, the local ecosystem has experienced a series of shocks.

A widely known example of rabbits, which were introduced for sport hunting. In the absence of natural enemies-predators, their numbers have exceeded all limits, and the animals began to destroy whole forests by eating young shoots. When to fight the scourge, the Europeans brought the Fox, they quickly switched from rabbits on indigenous fauna, which until now was familiar with only one predator – the wild dog Dingo, also appeared in Australia relatively recently.

In the mid-19th century as an important agricultural object the settlers brought to Australia carp. This fish has long time grown in ponds, but in the end some instances accidentally fall into natural water bodies, and from 1960-ies in Australian rivers has experienced amazing growth in the number of carp.

According to some estimates, today up to 90% of fish biomass in the country’s largest pool of the rivers Murray and darling falls in acclimatized carps, which constitute serious competition to native species. Furthermore, carp feed on plants and small invertebrates, which are looking for in the bottom layers of sludge, which favors erosion and badly affects the transparency and water quality.

“Carp suck up large amounts of silt and weed food, spit out the remains,” explains Dr Ken McColl (Ken McColl) from the Australian State Association of scientific and applied research. – As a result, the water becomes very turbid, which leads to the death of plants and invertebrates, and in turn violates the processes of reproduction and nutrition of some local species of fish and aquatic birds”.

In the search for remedies against excessively multiplied fish Australian scientists drew attention to the outbreak of a carp herpes virus CyHV-3, which in 1998 caused massive death of fish in Israel (which was a serious blow to the local aquaculture).

“I call this virus a kind of Yin and Yang, because he has a bad and good side,” says McCall. – For Australia it can be viewed as a potential white knight, which will help to clean our river systems”.

As reported in the press release, McCall and his colleagues in 2008 examined the effect of herpes virus on carp and nearby species of fish. As a result of numerous experiments, the scientists came to the conclusion that CyHV-3 is completely harmless to the local water inhabitants, but lethal for carp. At the latest seven days after infection of proliferating the virus affects the kidneys, skin and gills, making it difficult to breath, prevents the ingress of water in the body and causes rapid death of the fish.

The researchers also claim that the virus is harmless to humans even if infected fish are eaten.

If over the next two years, scientists will confirm no risk to natural ecosystems and population, at the end of 2018 will be drawn up a detailed plan to reduce the number of carp through artificial propagation in the Australian rivers cyprinid herpes virus.

According to experts, every year the negative impact of carp caused to the economy of the country damage of $380 million. Therefore, the program cost $11.5 million has found broad support in the Australian government.

Researchers believe that roughly four years after the beginning of the project the virus CyHV-3 will destroy up to 95% of the population of carp in natural waters. However, then the fish can build up immunity and you will need to create a new strain.

We add that the work of Australian scientists closely colleagues from neighboring New Zealand, which are also faced with the proliferation of introduced carp in its rivers.

It is worth noting that similar earlier biological weapons used against other introduced animals. For example, in Australia the same viruses were used to reduce the rabbit population.