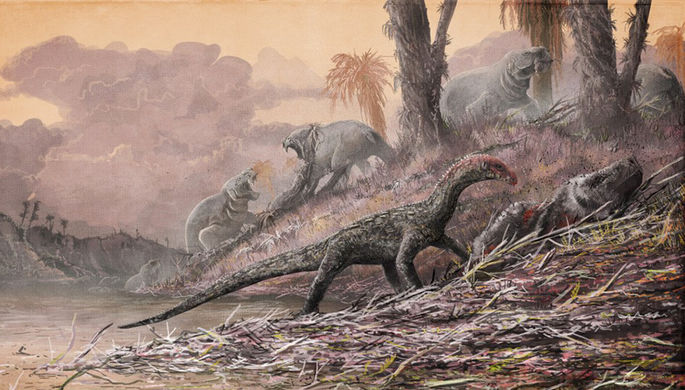 In Queenslow, Australian paleontologists have discovered a path of fossilized dinosaur footprints.

It is noted that this is the most distinct dinosaur prints found in Australia.

According to scientists, this is the path along which representatives of three different types of dinosaurs “sauropods, ornithopods and theropods” “traveled”. Researchers say that such a neighborhood is incredibly rare.

The biggest mark left zauropod. Traces of ornithopod and theropod turned out to be much smaller.

The age of the find is estimated at about 95 Ma. The length of the path exceeds 40 meters, which makes it the longest of the known.