Australia is riding a passenger train a mile long 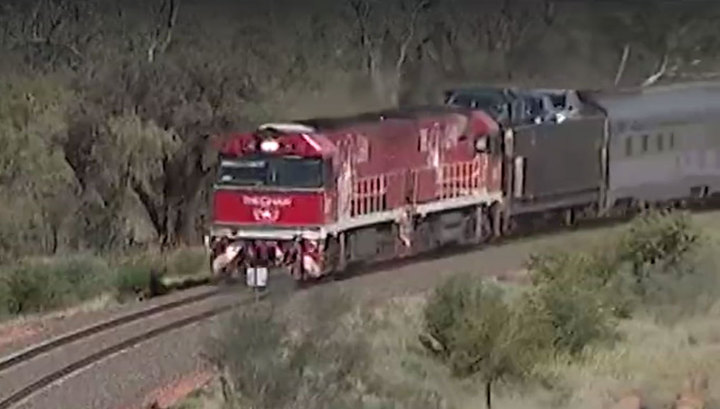 Australia is riding a passenger train with a length of over one kilometer. Composition under the name Gan (Ghan) is across the country from Adelaide to Darwin, making a journey of three thousand miles.

The train includes 22 passenger wagon, six dining cars, and private carriages for Luggage and for the transportation of vehicles. A total of two locomotives dragging of the carriage 44. Serve their 55 employees.

The train is so long that passengers have to wait their turn to exit or go on one of three platforms that are utilized during the landing and landing.

Trainmaster Bruce Smith said that in recent years service on the railway has changed considerably, and today Gan is a four – star hotel on wheels. The journey from Adelaide to Darwin lasts for three days and two nights, the ticket price ranges from $ 929 up to 3.7 thousand dollars.

According to Smith, before the train went twice a week, now she goes only once, so we decided to stick to it for more cars. So it turns out more economical.

Many of the 348 passengers noted that they feel a special pride while traveling with this train. “We always dreamed about this journey, – said the couple John and Anne from Victoria. – On the way people meet our train, waving to us, and we feel special.”

British tourist Mary and Margaret admit that this is the longest train ride they ever had to make. “It’s exotic to us, although nothing special from the window we saw lots of red, lots of greenery, two dead cows and poultry,” – said the traveler.

Tourism experts say that the journey on the train is one of the most comfortable ways to see the red mountains, located in Central Australia.

It should be noted that Gan is not the world’s longest train. The absolute champion in this respect is the composition, which was launched in 1991 in Belgium from Ghent to Oostende. The train had 70 cars, and its length was more than 1.7 kilometers.