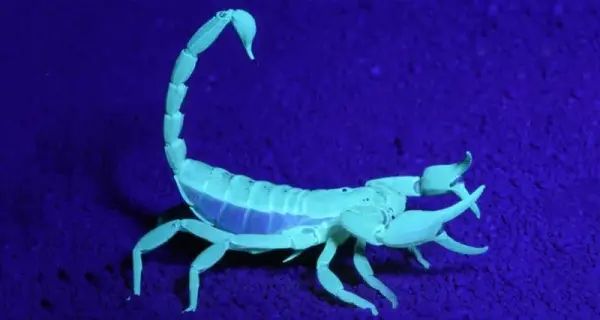 Scientists have proven that the actions of the colonists over two centuries ago led to the fact that today scorpions in Australia have multiplied more than ever.

If you go out into the Australian desert on a hot summer night and shine an ultraviolet flashlight on the sand, you can find yourself in the company of dozens and hundreds of small, but extremely dangerous predators – scorpions. Their shells fluoresce in UV light, and there can be up to 600 holes per hectare of wasteland.

Scientists decided to find out if Australia has always been so abundantly infested with scorpions, or if it is man’s fault. Previously, researchers expressed only hypotheses that the influence of the colonists on this region, among other things, led to an abnormal increase in the number of scorpions – and now these guesses have found an evidence base.

Through experiments conducted over five years by a team from the University of La Trobe, the University of New South Wales and the Australian Wildlife Agency, we now know that a shortage of native mammals – especially burrowing mammals such as the rabbit bandicoot (Macrotis lagotis) – has caused an increase in wild populations of scorpions. And that’s not good news.

“The biota of this continent is vulnerable to imported predators and competitors that violate established paradigms of evolutionary isolation,” the team wrote in their study. “Since European colonization 230 years ago, the island continent of Australia has experienced the highest rate of extinction of mammals in the world today (29 species have become extinct; 21% of the remainder are at risk of extinction).”

But where some die out, others reign. Where burrowing creatures disappeared due to human activity, arthropods began to actively reproduce. During the experiment, scientists found that even a simple imitation of the activity of burrowing mammals leads to a decrease in the number of scorpions, and if the real population is restored, things take an optimistic turn. It is interesting, however, that in the absence of bandicoots, not only scorpions began to breed, but also various spiders – there are a great many of them in Australia.