Australian animals learned how to deal with poisonous toads 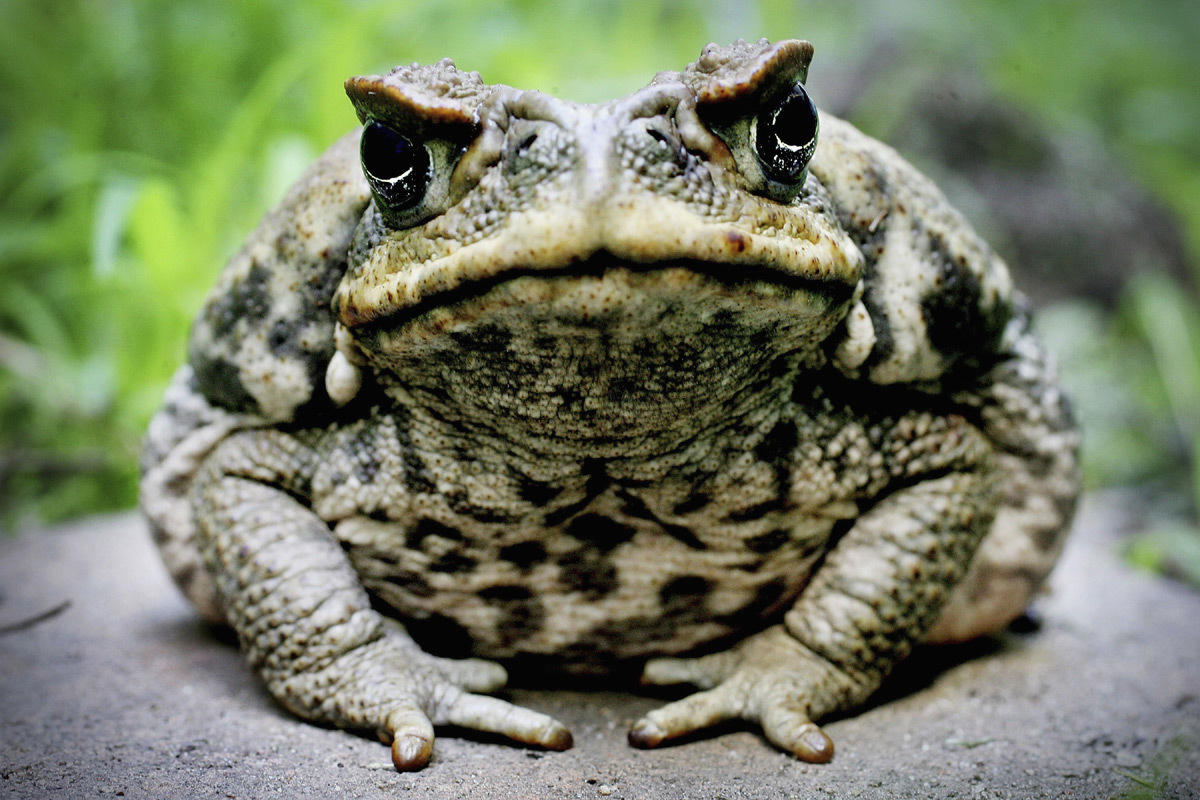 Australian researchers from CSIRO (Australian State Association of Scientific and Applied Research) found that local animals learned to live near dangerous invasive species and even benefit from such a neighborhood. As stated in a report published in the journal of the Australian Mammal Society, the poisonous reed toad, which until recently was considered the largest disaster in the rainforests in the northeast of the continent, has turned from a dangerous enemy into a dinner for some local animals and birds.

Water rats
As it turned out, the aquatic rat-endemic of Australia and New Guinea learned to hunt for cane toads and “with surgical accuracy to remove those amphibian organs that do not carry poison.” Moreover, experts pay attention that rats choose, as a rule, young, strong and large toads, which they exterminate. “We found up to five reed toads, killed in the same way, on the banks of the stream every day, and night-time surveillance cameras showed that our rats can be cold-blooded hunters,” said Marissa Parrott, a researcher at Victoria Zoo.

Saltwater Crocodiles
However, as CSIRO researchers point out, water rats are far from the only Australian animals that have learned to benefit from the vicinity of a poisonous toad. A combed crocodile can dine with a dangerous amphibian and not feel the effects of the toxin. “Unfortunately, local freshwater crocodiles die by eating a cane toad, but their cousins, combed crocodiles, boldly eat toads. Most likely, this is due to the fact that these reptiles evolved in close proximity to other poisonous amphibians,” the scientist said Environmentalist, Associate Professor of Technology University of Sydney, Jonathan Webb.

Wolf spiders
One of the authors of the study, an expert from Sydney University of Macquarie, Professor Rick Schein, claims that a team of scientists managed to find quite a lot of animals, insects, spiders and invertebrates that learned to hunt poisonous toads and eat them. “We found out that many ants, spiders, water bugs willingly eat toads and do not suffer too much from their poison. Of course, most small hunters destroy toads at the tadpole stage, but our wolf spiders catch and kill adult toads, and, as you can see “The poison doesn’t interfere with them at all,” the professor explained.

Snakes and birds
Some Australian snakes and birds were also able to develop tolerance for toad venom. “We found out that water and land snakes eat toads. Some of them still survive the toxin, although it is not fatal to them, while others, for example, the red-bellied black asp, calmly feed on toads, not paying attention to the poison,” Tim Kutajar, a researcher at the Australian Museum of Natural History, added. According to him, local ravens, kookaburras (giant kingfishers) and kites also lost their susceptibility to toxin. They also learned to hunt toads and eat them almost completely.

Reed toad
Toad-aga, or reed toad – the second of the largest toads in the world, its body length reaches 24 cm, weight – more than a kilogram. Poisonous in all stages of life. Venom is a potent neurotoxin that causes convulsions, arrhythmia, increased blood pressure, sometimes temporary paralysis and death from cardiac arrest.

Toads were brought to Australia in June 1935 to control sugarcane pests. Against pests, the ages were ineffective, but quickly began to increase their numbers and spread. Over-breeding amphibians are currently seriously threatening Australia’s biodiversity. The Queensland authorities are seriously considering the idea of ​​paying compensation to everyone who killed the toad, since amphibians have a negative effect on the fauna by eating, crowding out and causing poisoning of local animals. Aga control methods have not yet been developed.