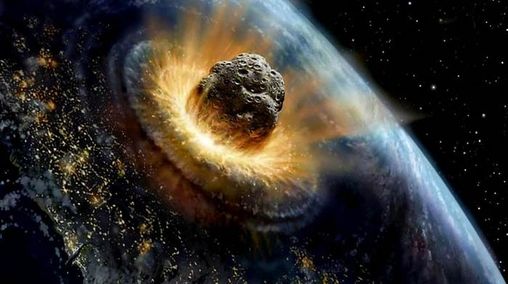 Australian scientists found traces of a giant asteroid that fell to Earth in the earliest period of its history. Devastating his fall is one of the first places. About the discovery reported in the journal Precambrian Research.

In the North-West of Australia, Geophysics have found spherules (small bulbs) formed by the asteroid impact on the earth. The same spherules found in the sediments of the age of 3.46 billion years.

According to scientists, the asteroid was supposed to be from 20 to 30 kilometers in diameter and leave a crater with a width of several hundred kilometers. “Such a blow mankind has never seen. From him went in the ocean a huge tsunami, occurred the terrain shifts and the expiration of magma,” — said study author Andrew Glikson (Andrew Glikson).

While the exact impact site of the asteroid remains unknown. All of the craters from that era long ago “deleted” volcanic and tectonic activity. About the impact, scientists were able to learn through the detection of spherules in the sediment layer between the two volcanic layers, which allowed a precise Dating).

In that era (3.8 to 3.9 billion years ago), dozens of asteroids fell on the moon — it is because of them there were numerous craters. Scientists hope to detect traces of similar impacts on Earth — there were many hundreds, consider Geophysics.