Available for an explanation of “Dark Energy” 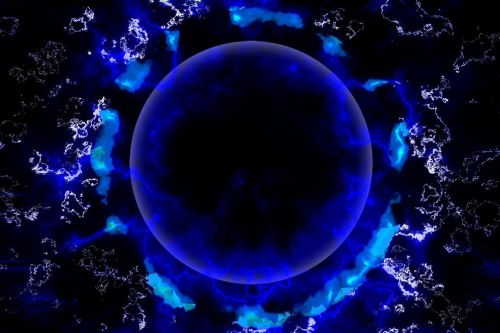 As we all know, the universe is constantly expanding. But many people do not realize that the process is accelerating, and that physicists have no sane explanation for this phenomenon. Group of scholars suggested that the case involved a mysterious “dark energy”, and we are now in an accessible form will tell you what it is.

For nearly two decades, astronomers know that the Universe’s expansion is accelerating, as if a mysterious “dark energy” balloons inside her like a balloon. This energy today is one of the biggest mysteries in physics. Now a trio of theorists argues that dark energy arises from a surprising source. It is as though terrible it may sound, but, in their opinion, it is contrary to the basic physics that everyone learned in school, the total amount of energy in the Universe is not fixed and unchanging, it can gradually disappear.

According to scientists, dark energy may be a special field, a bit like electric that fills the space. On the other hand, it can be a part of the cosmos, which is called the cosmological constant (aka lambda member). The second scenario looks like a joke on the theory of relativity, which States that gravity arises when mass and energy bend space and time. Actually, the cosmological constant is also an invention of Einstein, and he invented it by adding a constant in his equations to explain how the universe resists destruction under the influence of its own gravity. However, he abandoned this idea when in the 1920’s, astronomers discovered that the universe is not static, but expanding, as if she was born in the explosion.

On closer observation, it became clear that the expansion of the Universe is accelerating, and the cosmological constant is back again. In the framework of quantum mechanics it is, however, becomes much trickier. Quantum mechanics implies that the vacuum has quietly fluctuate. In General relativity, these tiny quantum fluctuations and produce the energy that will serve as the cosmological constant. However, other things being equal it should be 120 orders of magnitude more to destroy the Universe. So the explanation for why the cosmological constant, though exists, but in a very modest form, is for physicists a mystery. When it was not necessary, physics is simply assumed that some, as yet unknown effect is driving it to zero.

Now Thibault Josette and Alejandro Perez of the University of AIX-Marseille in France and Daniel Sudarsky from the National Autonomous University of Mexico in Mexico city say they have found a way to get a reasonable value for the cosmological constant. They started with a variant of the General theory of relativity, which was invented by Einstein himself and which is called unimodular gravity. The General theory of relativity presupposes the mathematical symmetry of General covariance, which implies that regardless of how you define the position coordinates in space and time, the theoretical prediction will remain unchanged. This symmetry requires the conservation of energy and momentum. Unimodular gravity has a more limited version of this mathematical symmetry.

The system will play a large part of the assumptions of the General theory of relativity. However, according to quantum vacuum fluctuations do not create gravity or affect cosmological constant (which, in the end, just a mathematical constant, and its value can be any). But that comes at a price: unimodular gravity, requires no energy to maintain, therefore, theorists have to limit it arbitrarily.

A trio of scientists has shown that unimodular gravity, if you take it and afford to violate the law of conservation of energy and momentum, actually sets the value of the given constant. The mathematical argument here, but in fact even a small part of the energy of vanishing in the Universe leaves traces in the form of a cosmological constant changes. “Dark energy in our model is the result of how much energy and momentum has been lost in the Universe for all time of its existence,” says Perez.

To prove that their theory is reasonable and applicable to reality, scientists have considered two scenarios of how the violation of the law of conservation of energy theoretically will affect the fundamental problems of quantum mechanics. For example, the theory of continuous spontaneous localization (CSL) tries to explain why these subatomic particles, such as electrons, can literally be in two places at the same time, such large objects as cars or people can’t. CSL suggests that this state of matter to spontaneously arise and fall in dependence, which increases with the volume of an object so large object to be “double” in the face of the Earth simply can not. Against this theory is that it ignores the conservation of energy. However, theorists have shown that the amount of violations, the provisions of the conservation of energy as time is to give the cosmological constant the size you want.

However, according to some scientists, theorists are just playing with math. They still have to assume that the cosmological constant starts from some small value, but do not explain this aspect. However, in modern physics is full of unexplained constants, for example the electron charge or the speed of light, so it’s just another constant in the long list.