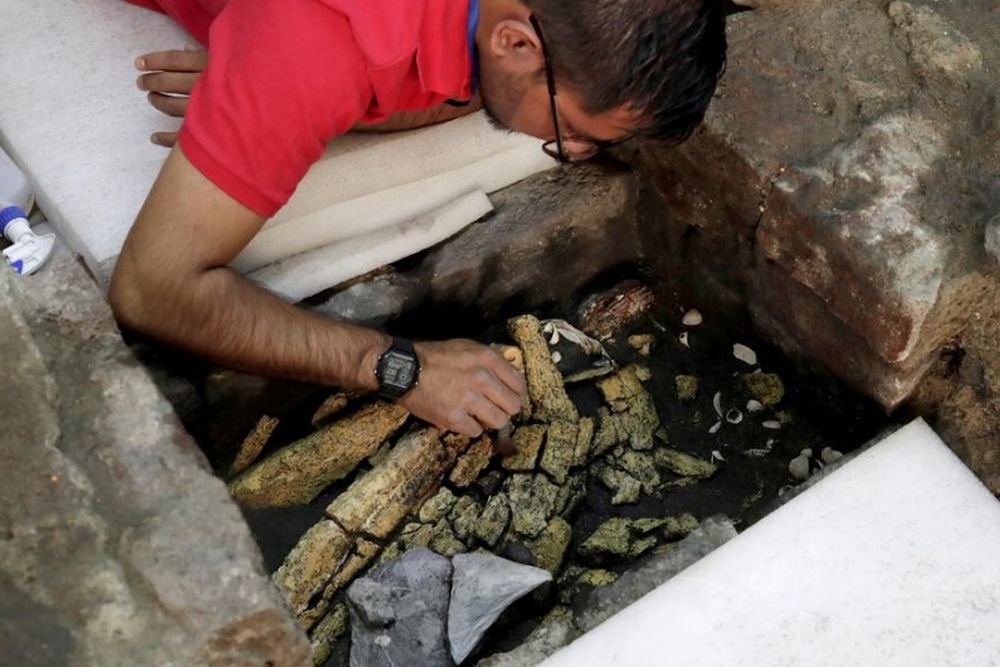 In Mexico, the archaeological mission of the National Institute of Anthropology and History at an excavation site near a destroyed Aztec temple found a ritual site for sacrifices with many precious artifacts.

According to Reuters, the find was made in Mexico City, on the territory of which Tenochtitlan was located – the capital of the Aztec empire. The find can lead to the solution of one of the main secrets and will help to find the “elusive” tomb of the emperor.

Artifacts and other evidence of sacrifices were found in front of the ancient temple, which was the most revered. It is believed that it was built in the shape of a pyramid, but about 500 years ago it was destroyed by European conquerors. Before him was a ritual round playground.

Archaeologists have discovered on her the remains of a boy dressed up to look like the god of war. Next to him was a set of flint knives, elaborately decorated with pearls and precious stones, as well as the skeleton of a jaguar. The sacrifices were made by the Aztec priests more than five centuries ago.

Special excitement caused a large stone rectangular “box” full of artifacts. Among them – a device for throwing a spear and a carved wooden disc, which was the emblem of Huitzilopochtli – the god of war and the sun.

In addition, a large number of shells, bright red sea stars and corals have been found. They probably symbolized the underwater world through which, according to the Aztecs, the sun passed at night before it appeared in the east in the morning.

Scientists hope that further excavations will help to find the imperial tomb. Some written sources report that she was here.