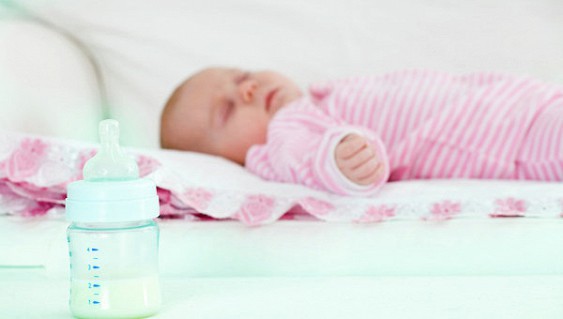 Babies cry differently depending on what language they speak to their mother. It seems to us that babies everywhere cry equally, and to talk about some language differences here is just silly – even newborns and to say something can’t. However, in reality the differences between them are, at least, if we compare children from China, Germany and Cameroon.

It is the difference in tones and ketonovyh languages. It is known that in many languages the meaning of the word depends on what sound the height of it to say the pitch variation of syllables and words can completely change the meaning of what we say. One example is the Mandarin Chinese language, including its variety of Mandarin which is the official language in China, Taiwan and Singapore.

In the Mandarin language there are four tones. A more complex case – lamnso, language of the NSO people living in Northern Cameroon. NSO communicate with one another at the eight tones, and the value of each tone is determined by variations in the pronunciation of a specific word.

When researchers from the University of würzburg, Osnabrück University and Beijing normal University compared the sounds which were made by infants whose mothers spoke German, Putonghua and lamnso, it was found that the cry of “tone” of children is different from the cries of “naturalnych”. So, in the cries of infants NSO was wider than the interval between the highest and lowest tone, and children are easily and quickly passed from height to height compared with newborns whose mothers spoke German. In General, the cries of Cameroonians partly resembled singing.

The same results happened when comparing infants from German speaking mothers with babies whose moms were talking in Chinese, but here the differences were not as noticeable – probably because the Chinese language is still “less tonal” than lamnso. All the results were published in the Journal of Voice and Speech, Language and Hearing.

Researchers analyzed the cries of the children, which was only a day old. New data support the hypothesis that language acquisition by the child occurs at the late stages of pregnancy: according to the authors, the baby hears his mother’s speech, while still in her womb, and in that time, his brain absorbs some of the rules of pronunciation.

It should be added also that the people of NSO are still almost unaffected by civilization, engaging in traditional agriculture – that is, the similarity in the cries of infants and NSO infants from Beijing, and how they differ from infants of Germany is not due to cultural characteristics in General, but the peculiarities of the language spoken by their mothers.

Overall, these results deepen our understanding of the relationship of genetic and extracorporeal factors in the formation of speech abilities from a practical point of view, the more we learn, how our nervous system learns the language, the more time we have to fix all kinds of speech and language defects that often begin to manifest in early childhood.