Bacteria are able to feel the touch 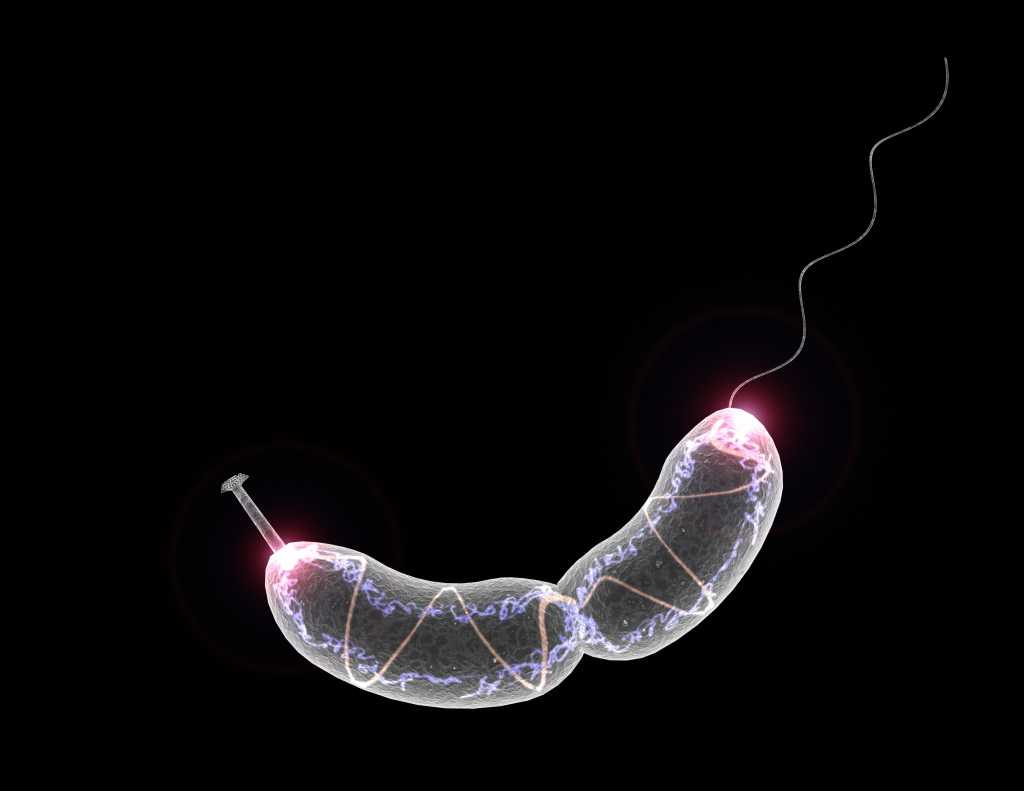 Bacteria do not have a nervous system, and movements are almost chaotic. It is known that bacteria can move to objects useful to them – for example, food – with the help of chemotaxis (reactions to a chemical stimulus). This year, four Swiss microbiologists have determined that in addition to chemotaxis, bacteria have a kind of touch – the ability to feel touches.

Sensation of the surface is very important for bacteria: in part because of it, they recognize suitable places for living (for example, intestinal walls or mucous membranes). The ability to feel touches directs the movement of bacteria and helps to colonize large areas of a suitable surface. The success of infection also often depends on the bacterial “sense of elbow”: thanks to it, bacteria form films – communities of millions of cells that are more resistant to antibiotics than separate groups of bacteria.

Many bacteria have flagella-organoids, which unicellular cells use as an oar. The motion of the flagellum leads to a membrane motor. Swiss biologists have found out that it is due to the motor that the bacteria harmless to humans Caulobacter crescentus are able to feel the touch to the surface and react to it. Flagellum C. crescentus acts as a stylus; encounters an obstacle, its receptors trigger a cascade of reactions, which ends with the active synthesis of sticky polysaccharides, by which the bacterium attaches to the surface.