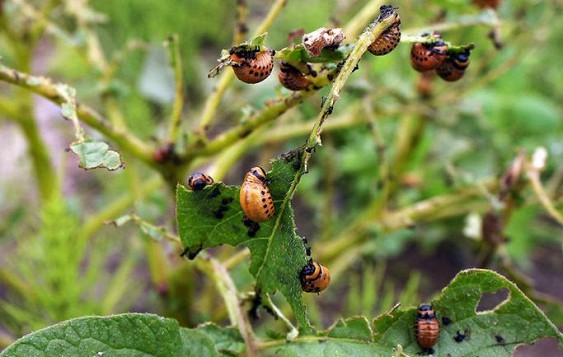 “Plants are attacked by microorganisms and herbivorous insects, they react to the threat, developing ways of protection. However, insects can get around it using a symbiotic relationship with bacteria, which fooled the plants, inhibiting their protective reaction,” explained entomologist from Pennsylvania state University Gary Felton.

Plant defense responses aktiviziruyutsya in response to the contact with their saliva of insects. However, this mechanism can be broken if the microbes in the saliva of the caterpillar are with her in a symbiotic relationship.

“The insect parasitoid lay their eggs in caterpillars, the developing organism gradually kills her. However, along with the eggs, parasitoid introduces a virus that suppresses the immune system of the caterpillar and at the same time kills the components of the saliva of the insect, which react with the protective system of plants,” continued Felton.

Thus, benefit and insects, and microorganisms. The study aims to help scientists understand the interaction between different organisms and to develop more effective ways of dealing with pests.