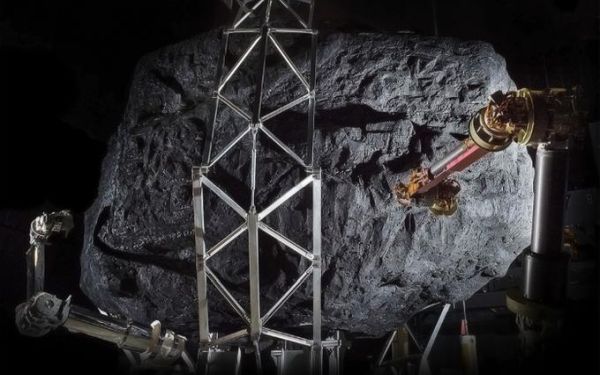 An international team of researchers has created miniature reactors containing bacteria, with the help of which, under the conditions of the International Space Station, they were able to efficiently extract rare earth elements from lunar and Martian basalt. The results are of great importance for the future of mining outside the Earth. The research is published in the journal Nature Communications.

For 10 years, scientists at the University of Edinburgh have been developing devices for mining in space. Eighteen reactors no larger than a matchbox containing three species of bacteria – Sphingomonas desiccabilis, Bacillus subtilis and Cupriavidus metallidurans – were delivered to the ISS aboard a SpaceX rocket launched in July 2019. Each device was loaded with a small piece of basalt, common to Mars and the Moon of Mars and Moon rock, and a three-week experiment was conducted in microgravity. The results showed that bacteria can improve the release of rare earths from basalt by about 400%.

“Our experiments confirm the reality of mining in space. Of course, it is economically inexpedient to obtain rare earth elements in space and deliver them to Earth. However, such bio-mining could potentially support the presence of man in space, – said the project leader, professor at the University of Edinburgh Charles Cockell. “For example, our results show that the construction of mines in the lunar Ocean of Storms region, where rocks with high concentrations of rare earth elements are present, could contribute to the scientific and economic development of humankind outside the Earth.”

Rare earths are widely used in a variety of devices, including mobile phones, computers, and various magnets. On Earth, bacteria are used to extract useful elements such as copper and gold from rocks. Scientists believe that in the future, they can be used to transform rocks into soil for growing crops and provide minerals for systems that produce water or air suitable for breathing.