Bacteria were trained to find and “highlight” mines 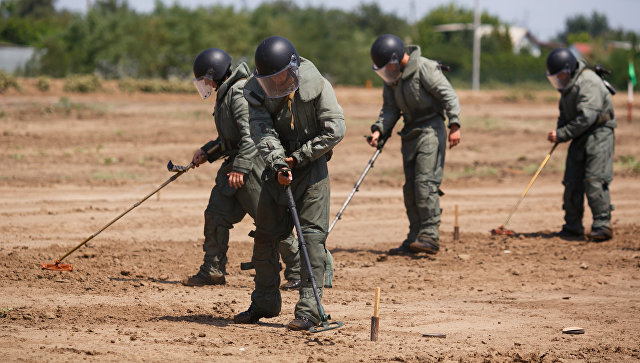 Israeli biologists have created bacteria that can find mines in the soil in the wake of explosive vapors and illuminate them with fluorescent lights.

“Our field tests have shown that genetically engineered biosensors can be useful in finding mines in the ground.There are several other problems to overcome in order to create a full-fledged system of this kind: increasing the stability and sensitivity of microbes, increasing the scanning speed and miniaturizing the scanner so that it can be Was put on drone or drone, “says Shimshon Belkin from the Hebrew University of Jerusalem.

In recent years, scientists have been thinking about how it is possible to use genetically modified organisms to solve various everyday or narrowly specific problems, where today expensive, inefficient or simply dangerous mechanical or electronic devices are used.

For example, recently biologists have turned plants into distinctive explosive detectors by incorporating nanotubes into their leaves, which in the presence of explosives begin to glow in the infrared range. Such systems will allow or unnoticeably monitor terrorists in public places, or they will simplify and reduce the cost of eliminating leaks of various poisonous or simply dangerous substances.

One of the main problems of this kind is the mines left in the ground of many “hot spots” of the planet after the conflict was over, Belkin says. Every year, as the UN statistics show, about 15-20 thousand people die or “get lost” from “lost” mines and landmines. In the zones of already forgotten conflicts there are approximately 100 million explosive devices. 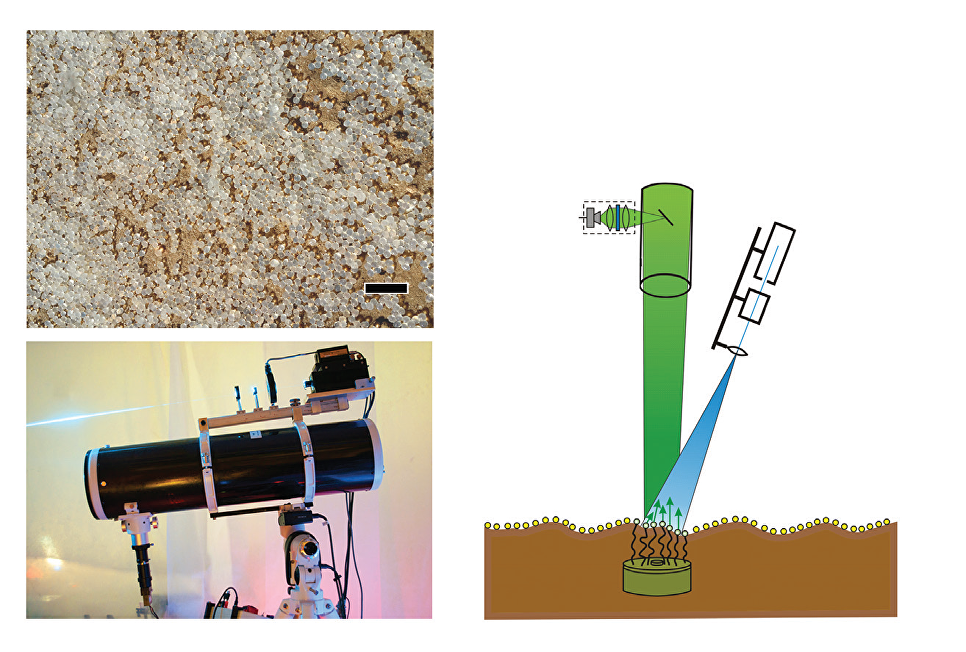 Capsules with bacteria-“mine detectors” and installation for their illumination

Israeli scientists propose to fight such mines with the help of the common Escherichia coli Escherichia coli, whose DNA was modified in such a way that the bacterium begins to glow in the presence of even microscopic fractions of TNT vapor or its decomposition products in air or soil if it is illuminated with a laser.

These microbes scientists packed in special polymer capsules that do not allow the bacterium “mine detector” to escape, but do not prevent the penetration of nutrients and explosive vapors into the nanoparticles. Spraying such particles over the suspected minefields and highlighting them with a laser, you can find mines and destroy them.

The work of the microbes Belkin and his colleagues checked on the present minefield, where several dozen anti-personnel mines were laid with detonated triggers. Now their system is looking for mines at a speed of 18 centimeters per second, which is already a decent indicator, exceeding the speed of a typical sapper with a manual mine detector.

Bacteria coped with the detection of all explosive devices, but scientists believe that the “accuracy” of their work and the speed of detection of mines can be improved by improving the laser and DNA of the microbes themselves.