Badger buried the carcass of the calf under the ground 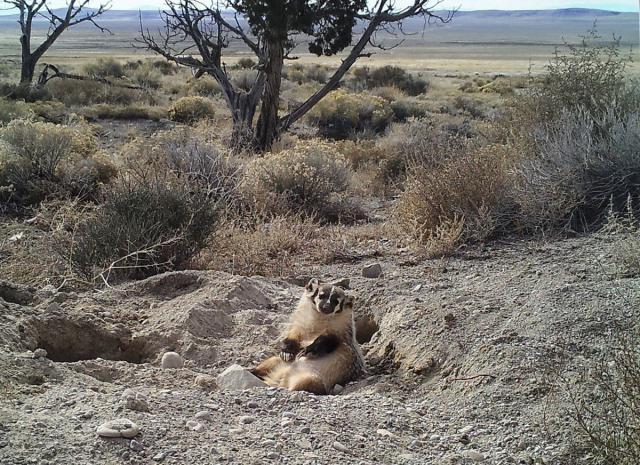 In the world of scavengers, fierce competition reigns and it turned out that the badgers found a way to save the found carrion from other predators – digging it underground.

Scientists from the University of Utah, shot on video as an American badger, in just 5 days, buried the carcase of a calf, which is three times more than the badger himself. 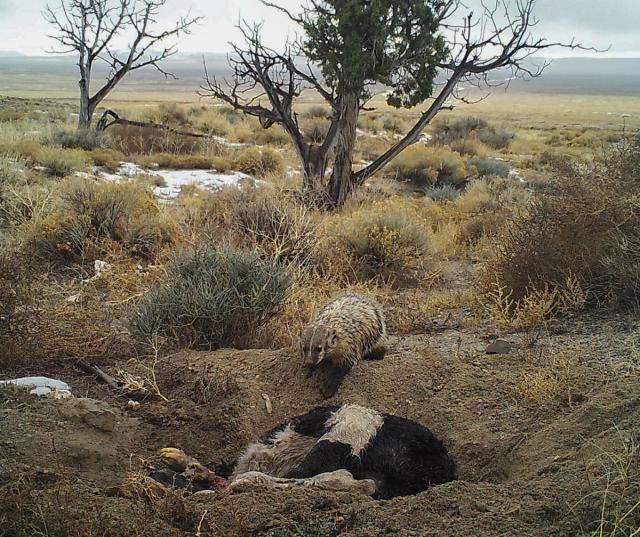 Scientists did not expect to see this when they decided to conduct an experiment in the Great Basin Desert. The aim of the experiment was to study the habits of carnivorous animals. They scattered 7 carcasses of calves in the desert and installed surveillance cameras near them.

A week later, the scientists returned that to check the carcases and see the records, it turned out that one carcass disappeared. At first, scientists decided that the carcass was dragged off by a puma or a coyote, but seeing the record saw that a common badger could completely bury a carcass weighing 50 kg under the ground in just 5 days.