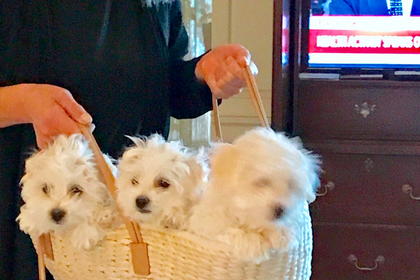 Samantha died in 2017 at the age of 14 years. Before the death of a pet breed Coton de Tulear were taken cells from the mouth and stomach, from which later were grown two puppies. The actress called them Miss Violet and Miss Scarlett.

In total, Streisand has three dogs – she also takes care of Samantha’s cousin, who looks just like the clones.

In July 2017, it became known that in China, the first cloned GMO-dog was removed. According to scientists, dogs are the most difficult to clone animals.