Batman dinosaurs turned out to be a failed evolutionary experiment 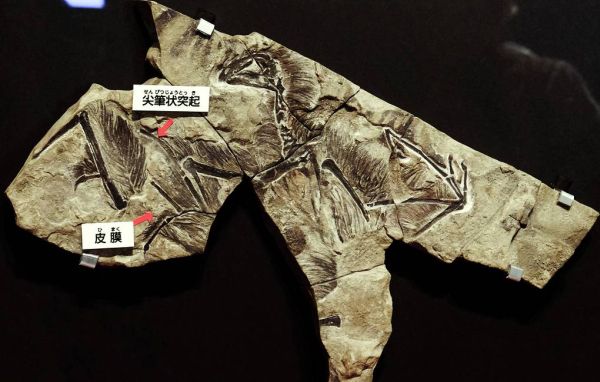 Analysis of the anatomy of the wings and leathery membranes of the Jurassic Batman dinosaurs showed that they flew rather poorly. In this respect, such dinosaurs were inferior even to modern birds. An article with the findings of paleontologists was published by the scientific journal iScience.

“Our calculations show that these bizarre dinosaurs in the structure of their wings were completely different from their modern primitive birds. This suggests that they both learned to move in the air independently of each other. We assume that these dinosaurs were a unique but failed evolutionary experiment in flight mastery, “the researchers write.

Five years ago, Xu Xing, a professor at the Institute of Paleoanthropology and Vertebrate Paleontology of the Chinese Academy of Sciences, found the remains of a bat-like dinosaur, Yi qi, in northeastern China. He lived on Earth about 155 million years ago and was able to glide on his leathery wings, like a bat.

A year ago, Chinese paleontologists discovered another such “Batman” of the Mesozoic era, which they called Ambopteryx longibrachium. It was much smaller than Yi qi, but its wings were arranged in a similar way. From this, scientists concluded that bats were quite widespread at the end of the Jurassic period.

Paleontologists wondered why all modern descendants of dinosaurs use feathers for flight, while mammals in this regard are similar to the “Batmen” of the Mesozoic era. Xu Xing and colleagues obtained a potential answer to this question by examining in detail the anatomy of the wings of the Yi qi and Ambopteryx longibrachium.

Flight of the “Batman” Jurassic

To do this, scientists enlightened the imprints of the bones and leathery membranes of these ancient dinosaurs using a special laser emitter. It makes the traces of soft tissue glow in the fossil mass. Thanks to this, scientists determined exactly where the membranes and tendons of dinosaurs were attached to the bones and roughly understood how the muscles that set their wings in motion were arranged.

Based on this data, scientists created an accurate computer model of both lizards, and then calculated how much lift their wings could develop during active flight or planing, as well as how well they could maneuver during flight.

On the one hand, these calculations confirmed that Yi qi and Ambopteryx longibrachium really mastered flight independently of the ancestors of birds. On the other hand, they pointed out that the “Batman” dinosaurs flew rather poorly and could only use their wings for short gliding flights from tree branches to the surface of the earth.

“It is highly unlikely that these creatures could fly on their own. To do this, you need to make too many assumptions about how these dinosaurs could flap their wings. For example, to do this, they need to be very light, to allow them to flap their wings as often. as well as the fastest birds. They could glide, but they did it extremely badly “, – explained one of the authors of the work, associate professor at Mount Marty University (USA) Thomas Decekki.

Xu Xing and his colleagues believe that this feature of the “batman” dinosaurs explains why they became extinct very quickly after only a few million years. Scientists hope that further study of the anatomy of these creatures will help to understand how they “invented” such a bizarre manner of flight, as well as find out why they lost the competition to the flying ancestors of mammals and birds.