Beaches of the Crimea can disappear 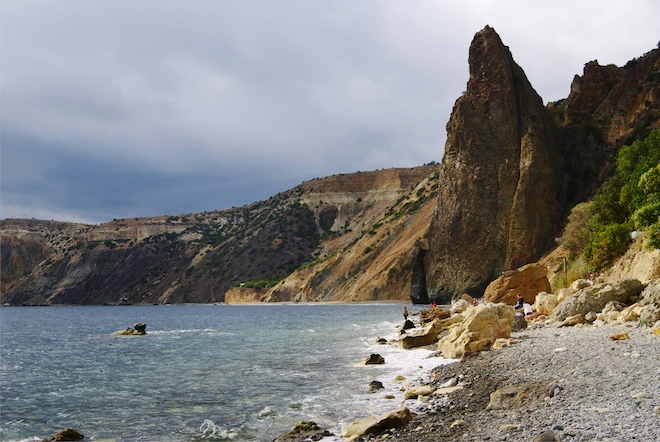 According to the head of Sea hydrophysical institute of RAS Anton Gerga-Kopulos, destruction of the coastline in the Crimea which increases in the menacing scales is directly connected with extraction of sea sand. For last summer 5 kilometers of the beach in Sevastopol have disappeared — the sea reaches the clay abrupt coast though three years ago width of the beach reached 14 meters.

According to the scientist when extraction of sea sand is conducted even on removal from the coastline, the Black Sea tries to be restored, taking away sand from beaches. Though this process can be observed on all peninsula, in the southwest, at the cape Fiolent, the situation which is most aggravated transfers the News of the Crimea edition.

According to the deputy head on scientific work of Institute of sea biological researches of RAS Natalia Milchakova, in the 1970th years it was succeeded to save Yevpatoria from disappearance of beaches only by a total ban of extraction of sand. If in the 1950th years width of beaches reached 100 meters here, then now it was reduced several times. Milchakova has emphasized that it is necessary to make a choice between industrial and tourist and green development of the Crimea — if the authorities intend to keep beaches, measures for their protection have to be undertaken already now. However, fight for preservation of coast of the peninsula goes long ago — in 2013 it was succeeded to forbid extraction of sand at the cape Fiolent thanks to long fight of ecologists.

Scientists of the Crimea are concerned by insufficient quantity of the protected sea akvtoriya, or their low security status that doesn’t allow to support and protect ecosystems of the Black Sea. According to Milchakova, extraction of sand at the Karkinitsky gulf can be the cause of washout of the Bakalsky braid. Moreover, production threatens the filloforny field of Zernov — the botanical wildlife area of nation-wide value in the water area of the Black Sea created for the purpose of protection of big colony of seaweed of a sort of a fillofor (Phyllophora).

However last month in the Ministry of Ecology and Natural Resources of the republic have declared lack of communication of washout of the coastline of the Western coast and extraction of sand, the mayor of Yevpatoria Andrey Filonov who has noted washout only on 15 beaches from 102 also agreed with it.