Beaks of dead ends glow in the ultraviolet 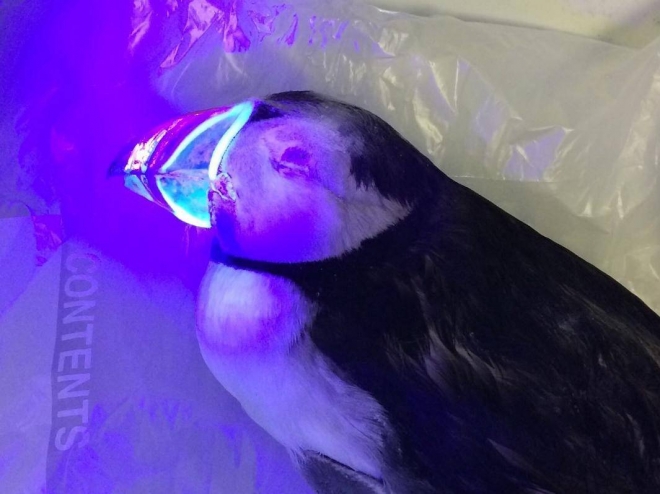 Scientists have long noticed that seabirds have bright beaks, which probably play a role in attracting the opposite sex. But Jamie Dunning, an ornithologist from the University of Nottingham, always suspected that their beak could hide even more secrets than it seems at first glance.

Atlantic dead ends have the ability to see not only red, blue and green colors that people see, but also to perceive wavelengths at the ultraviolet end of the spectrum. We will see them only if we place objects under UV radiation.

Reflecting on dead ends, Dunning thought that their already bright beaks in the UV spectrum can show something more.

“I had a UV lamp, because we often work in a laboratory with spiders and scorpions, many of which are fluorescent. I turned the lamp to a dead end and saw that the yellow stripes on the sides of its beak glowed, “said the scientist.

Given their ability to see in the UV in ordinary daylight, this means that they see each other not as we see them.

The function of the luminous beak of the impasse remains questionable, but Dunning suspects that this is due to the involvement of partners. In winter, their beaks look much more modest, and a colorful ornament appears only in the breeding season.