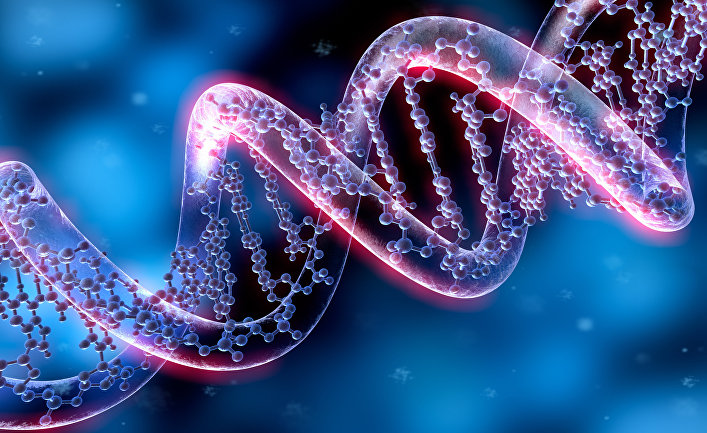 Australian scientists found no evidence of widespread hypothesis that beauty is an evolutionary sign of healthy genes. According to their study, beauty is more indicative of dominance than about good health.

Beauty is big business, and — like it or not, our appearance affects how we are treated, starting with how taking care of us in early childhood, and ending with success in the interview when applying for a job.

It turns out that if you look in details, beauty is rooted in the history of our evolution, and many studies indicate that the characteristics that we find attractive in others, may indicate good health, which allows us to make biologically justified choice of partner for the birth of healthy and strong children.

However, recently a group of Australian scientists decided to test this hypothesis, unexpectedly could not find a direct relationship between these characteristics.

“If what we prefer attractive people is an evolutionary adaptation that helps to find a strong and healthy partner, the health would have to mean reproductive success of the human species. But our results gave no evidence that health increases reproductive success in humans,” writes the team led by Gillian Rhodes (Gillian Rhodes), who has devoted a lot of time studying the values of beauty at the University of Western Australia in Perth.

Instead of health, according to the findings of scientists, especially when it comes to men, during a strong selective pressure in the struggle for partner’s beauty began to signal about which of them are most dominant in competition over women. Other scientists were skeptical of the conclusions of a new study — this will be discussed in this article later.

The study was published in the scientific journal Royal Society Open Science.

The study of beauty goes back to the theory called sexual selection, which was formulated by Charles Darwin in 1971, 12 years after his theory of evolution.

The theory allowed the tormented Darwin’s mystery about how the peacock could receive such a large tail. He, apparently, does not perform any useful function, and besides, makes the bird vulnerable to predators.

The idea of Darwin was that the tail was a signal to females that in front of them is so strong male that he could have such a tail no matter what. Thus was born the idea of partner selection and sexual selection as a powerful driving force of evolution.

Ironically, Darwin believed that the human idea of beauty is an evolutionary determined, instead, he connected it with our cultural traditions, and here the great biologist once an exception has made a mistake.

Sexual selection is confirmed in studies of all living beings — from spiders to mammals, and in many of these works reproductive success associated with health.

The most famous example of the masculine features of men, has an outstanding chin, eyebrows and beard, who speak about good health.

Specifically, masculine traits associated with higher levels of the sex hormone testosterone, which is known, among other things and even suppresses the immune system. And just as strong and healthy peacock able to wear a large tail and masculine face is evidence of the greater the strength and health of the individual.

There are even some studies that show that women find masculine faces attractive especially at the time of the menstrual cycle when the chance of conceiving is greatest.

Offspring for the evolution of the most important

There are other studies that lead to similar conclusions.

But Gillian Rhodes and her colleagues argue that the main proof that all is OK, just missing. More precisely, failed to prove that the relationship between appearance and health also result in more children that evolution is the most important indicator.
To do this, Australian scientists have collected data on the health status of University students and compared their reproductive success — that is, they favor the appearance of children.

Measuring of the attractiveness and health of students

Researchers took saliva and urine of 101 male student and 80 female students, to measure physiological signs of health. Saliva, they identified short-term ability of the immune defense to fight bacteria, and the urine measured the level of cell damage which is known to be associated with the risk of developing various diseases from arthritis to diabetes.

No connection between health and reproductive success

It was unexpectedly found that in contrast to the hypothesis, implying that beauty is a sign of good health, scientists have found no relationship with physiological health and reproductive success.

Thus, it seems that the widespread hypothesis is not tenable.

Skeptics in the circle of fellow scientists: a problematic study

However, other scientists are skeptical. “I think this is a problematic study. This is clearly not the “destroyer myth”, says Professor Bilde Trine (Trine Bilde), studying sexual selection in the Institute of biological Sciences at Aarhus University.

She believes that these scientists forget about the first link in this chain of “beauty” (that we believe to be attractive), to the extent human health and to how the person with a high level of reproductive success, considering only the relationship between the last two.

Therefore it is impossible to calculate all the way in which the traits that we associate with the concept of beauty has gained its relationship to reproductive success. The study is not convinced by evolutionary biologist and associate Professor in the University of Turku in Finland Marcus Rantala (Markus Rantala), which studies the biological signals behind the beauty.

“It is very difficult to measure reproductive success, asking questions about the number of partners, because we know from practical experience that most men greatly exaggerate this figure. So personally, I doubt the results,” says Marcus Rantala.

To respond before the deadline the scientists was not possible, but the article Gillian Rhodes with colleagues acknowledges that the questionnaire is an unreliable source.

Nevertheless, according to them, other surveys indicate that such responses can be used to work with certain themes. In this case, an alternative could be just too extensive and long term research, including genetic determination of paternity.

Masculine facial features indicate more dominance than about the health

Gillian Rhodes and her colleagues believe that the results of the study are correct and point to another possible variant of communication — at least, when it comes to males.

Instead of having masculine facial features are a sign of good health (because the body can withstand high levels of testosterone), scientists point to the fact that testosterone (and thus masculinity) is associated with aggression and dominance. So, perhaps, masculine facial features, rather talk about who is the most aggressive and dominant among competing males than on health.

Therefore the preferences of women are based on what men are more likely to become the dominant male, than who has the best health.

“It’s an interesting alternative hypothesis that may clarify our understanding. But if we want to understand it in the modern context, we must understand that what we regard each other as attractive resources, now must be understood much more widely,” says psychologist Asger Neumann (Asger Neumann), visiting lecturer at Aarhus University and the project partner HumanAct dedicated including work with romantic relationships and couple relationships.

The choice of partner is based on much more aspects

In other words, the evolutionary traits developed in other, much more primitive conditions on the basis of which were built more than a simple “resource”, implying the obtaining of different things, resistance to diseases, production of food and housing.

“What we consider to be resources to each other today, covers much more often. Now for example, we include here the creative and social resources that make attractive potential partner,” says Asger Neumann.

“In this regard, physiological signs began to mean less and maybe the results of the study it and reflect. So we can say that the original hypothesis is correct — just in a modern context to write much more difficult, as there is a lot more different answers to how we give signals on its a good resource”.