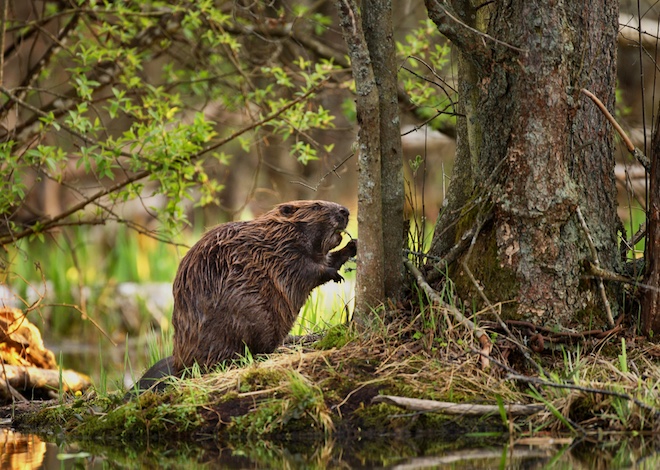 The growing populations of beavers have created a large number of new habitats along rivers and ponds. The dams they build increase the water level, which helps dissolve organic carbon from the soil. From the beaver ponds, carbon is released into the atmosphere. Part of it settles on the bottom and is eventually used by plants or carried downstream.

“The increase in the number of beavers has an impact on the climate, as rising water levels affect the interaction between the beaver dams, water and air, and the carbon balance in the coastal zone,” says Petri Numi, a lecturer at the University of Helsinki.

Current estimates show that beaver dams can be both carbon sinks and its sources.

The beaver family usually changes their place of residence once every three to five years, but it may remain one area up to twenty years. After the beavers leave their territory, the dam gradually disintegrates, and the dam is emptied. If they return, for example, after ten years, it can be filled again. The habitats of beavers are actually subjected to constant changes in terrestrial and aquatic ecosystems.

At the beginning of the 20th century, beavers were close to extinction due to hunting for them in Europe and in the central and southern regions of North America. It is estimated that in Europe before the start of hunting there were 10 million beavers, of which only a few thousand survived, living in small isolated countries throughout the continent.

“Today, people obviously do not have an idea about the natural state of pond, river and stream ecosystems, as research in this area began only after the beavers were taken out of the game,” Numi said. Recently, their numbers have gradually increased, and five years ago in Europe was estimated at a million individuals.