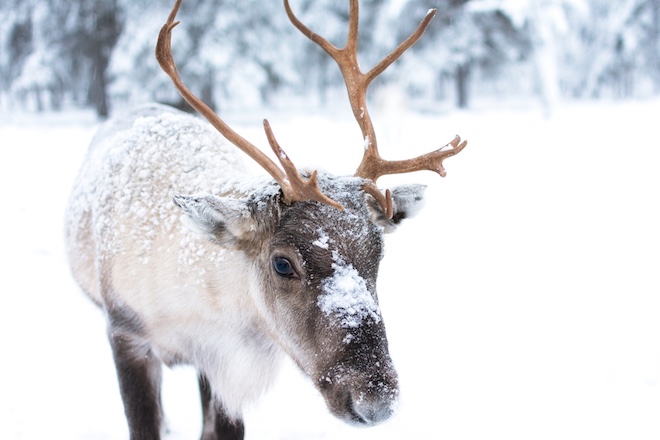 The legendary animals who are associated with winter become shallow because of temperature increase. The new research shows that the reindeers living in the Arctic Norway became 12% less for the last 16 years.

High temperature means less snow in the winter more rain which, freezing, turns into ice. The solid frozen ice complicates to deer access to a lichen with which they are fed all winter. Without enough a forage adult females of reindeers or can’t give rise at all, or give birth to cubs, smaller by the size, who, respectively, become small adult individuals later.

By the time of a growing the reindeers born in 2010 weighed only about 48 kg. Those deer who were born in 1994 weigh about 54 kg. “The difference in 12% seems small, but, considering how body weight is important for reproduction and survival, it is a lot of” — the head of a research Steve Elbon from James Hutton’s institute in Scotland says.

The previous research has shown that when the average weight of an adult deer in April makes less than 50 kg, population in general begins to decrease.
Because of the large volume of ice of small deer becomes more and more and the threat of large-scale starvation increases during especially winters when the rain creating an ice crust often drops out. “The warm summer does well to reindeers only, and here winters become for them harder and harder”.

In the Russian Arctic the situation at reindeers is not better. The last 10 years on the Yamal Peninsula 80 thousand animals have died. The reason of mass death of artiodactyl — deficiency of food because of climate change.