Before the appearance of oxygen on Earth, living organisms breathed arsenic 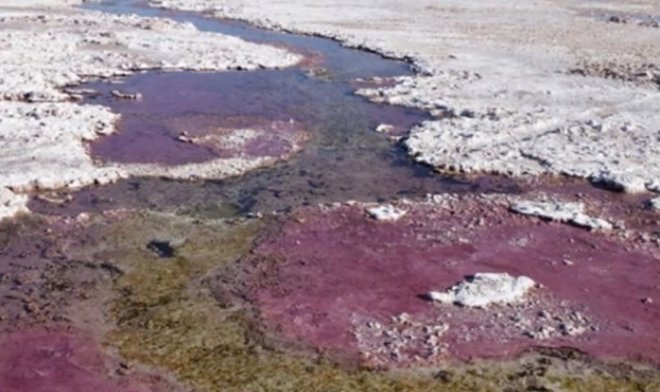 Scientists will have to expand the list of criteria for the search for extraterrestrial life, adding exoplanets to the oxygen worlds where the atmosphere is saturated with sulfur or arsenic. Because it was recently revealed that life on our own planet has existed for at least a billion years due to these elements. And only then oxygen appeared in the atmosphere and a complex evolutionary mechanism was launched.

Such conclusions of scientists prompted three recent discoveries. First, several microorganisms have been found in the Pacific Ocean that live in an oxygen-free layer and need arsenic to function. Secondly, in a lake filled with arsenic and hydrogen sulfide in Nevada, the purple bacterium Ectothiorhodospira sp. Was found, which also does not need oxygen to live. Thirdly, in the place of Laguna la Brava in the Atacama Desert, a hypersaline lake was found, while the only known place on the planet where cyanobacterial mats live for thousands of years without a single oxygen molecule.

When cyanobacterial mats (prokaryotic communities of cyanobacteria – ed. TechCult.ru) die, they become stromalite fossils. The oldest of them are 3.5 billion years old, that is, these living creatures lived on Earth long before oxygen appeared on it. Earlier research on stromatolites from the Tumbiana Formation in Western Australia led scientists to the idea of ​​using arsenic by bacteria to organize an analogue of photosynthesis. Now they have at their disposal living evidence of this theory and there are enough of them to come to the conclusion that life in the Universe has many more forms than we previously thought.