Before the domestication of fire, people could boil food in hot springs. 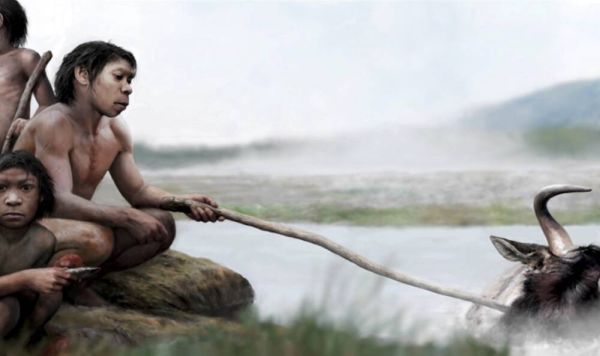 In Olduvai Gorge, next to the site of ancient hominids, traces of hot hydrothermal springs were found: perhaps our distant ancestors cooked meat and roots in them long before they learned how to use fire.

In northern Tanzania, in the Olduvai Gorge, some of the oldest remains of hominids are found, including Homo erectus and Homo sapiens, which are close to two million years old. The tools, bones and other traces located here testify that there were settlements here, where people not only hunted, but also lived. Apparently, in that era, hot springs were also beaten in Olduvai, which made the gorge especially suitable for life. People could use their warmth even before they tamed fire, for example, for cooking.

This is reported in a new article published in the journal PNAS. “As far as is known, this is the first time clear evidence has been found that humans could use hydrothermal vents, where the animals were gathered and where they could be cooked,” says one of the authors of the paper, paleogeochemist Roger Summons.

The necessary finds were made in 2016, when a very unusual layer of sediment was discovered in Olduvai, dated 1.7 million years ago and significantly different from the neighboring ones. It was during this era that the local climate was changing – and the gorge became from wet and wooded to drier and grassy. Therefore, at first, the scientists were going to trace this transition using plant lipids preserved in the sediments. However, the lipid composition of the samples was also completely unexpected.

Such traces could have been left not by plants, but by extremophile bacteria, relatives of those that today inhabit hot hydrothermal springs, such as Thermocrinis ruber. These microbes are adapted to such an environment and reproduce poorly at temperatures below 80 ° C, indicating that there was hot water in the Olduvai Gorge for about 1.7 million years. Given the high seismic activity, the appearance and disappearance of such sources is quite possible here.

The site where the samples were collected is directly adjacent to the ancient site, where both human remains and stone tools are found. Therefore, scientists assume that people could use hot water: for example, to cook food. Processing makes it much less harsh, making it much easier to chew and digest; no wonder there is a hypothesis that it was the processing of food that freed up time and resources of the body that stimulated the development of our ancient ancestors.