Believers live longer than atheists, scientists have found out 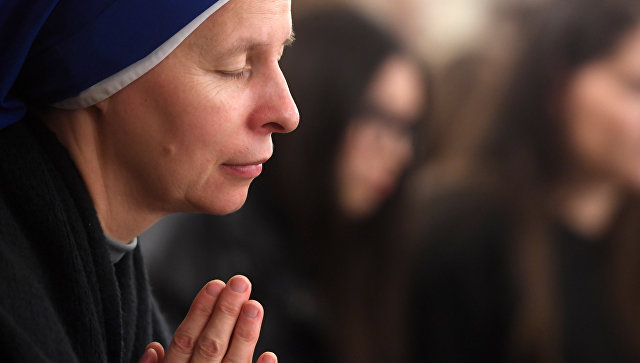 The analysis of obituaries in American newspapers revealed a curious dependence – deeply religious people on average live 3-4 years longer than agnostics and atheists. This conclusion was reached by scientists who published an article in the journal Social Psychological and Personality Science.

“Interestingly, in cities where there are many religious people, these pluses” flowed “into unbelieving people, which may be due to the fact that atheists and agnostics adopted part of life norms, habits and patterns of behavior among believing neighbors and acquaintances,” – says Laura Wallace (Laura Wallace) from the University of Ohio (USA).

In the last few decades anthropologists have paid much attention to the role played by faith in the development of mankind. Most scientists today believe that a person is biologically predisposed to religion, since such beliefs helped the communities of the first people to rally.

In addition, recently biologists have found a special zone in the brain, whose irradiation with a magnetic field undermines belief in irrational phenomena, and found that regular visits to churches markedly reduced the likelihood of premature death among older women.

Wallace and her colleagues discovered yet another unusual relationship between confessional affiliation, health and life expectancy, having studied several thousand obituaries published in recent years in local newspapers in 42 different US cities.

When analyzing these data, as the scientists note, they took into account the sex and marital status of each deceased. As a rule, women and family people live much longer than men, bachelors, widows and other people who do not have a family or just a “second half”.

When sociologists took into account all these side factors, they found that religious people on average live 3.5 to 4 years longer than the deceased, whose obituaries did not indicate their confessional identity or mentioned its absence.

Some of this beneficial effect, as noted by Wallace, was due to the fact that religious people often participate in the various community activities that their churches conduct and are more likely to lead a healthier lifestyle than unbelievers, thanks to posts and bans on the use of alcohol and drugs .

All this, on the other hand, explains the beneficial effect only by about a third, and scientists do not yet understand what is associated with extending the life of religious people for the remaining 2-3 years, which the statistics says. In the near future, Wallace and her colleagues will try to uncover this puzzle, analyzing other aspects of the behavior of believers and atheists, and also collecting more extensive statistics.