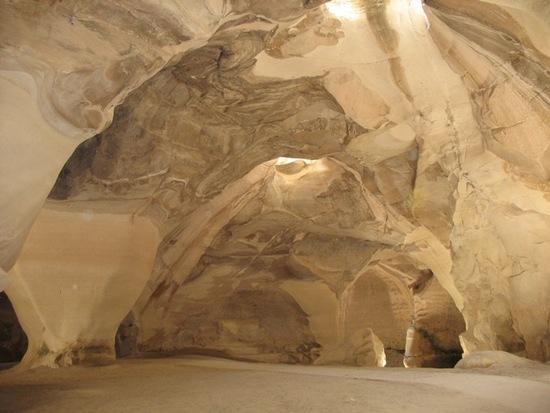 Bell Caves – Bell Caves. For hundreds of years, residents of the cities of Maresh and Beit Guvrin mined stone for the construction of urban buildings, gradually deepening underground.

So formed quite deep underground cavities, which subsequently began to be used as utility rooms and reservoirs.

What makes the bell caves more unusual is the acoustic effect created by the fact that many of these chambers are connected by passages.

When the sound moves between large cameras along the aisles, a very distinct Echo is heard, as the sound splashes from one camera to another on beige limestone walls.