Beyond the Arctic Circle set a temperature record 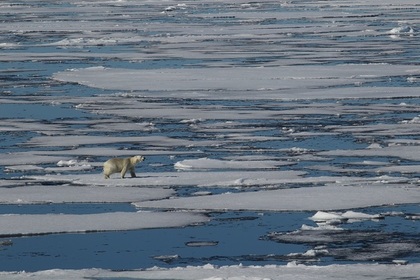 In the National Oceanic and Atmospheric Administration (NOAA), the United States reported the highest temperature in history in the Arctic – 34.8 degrees Celsius.

According to NOAA, the temperature record was recorded on July 26 by the Markusvins Swedish Meteorological Station – it is located on the southern edge of the Arctic Circle.

According to the administration, a temperature record in July was also set in Alaska, which led to forest fires and the mass death of salmon. In addition, due to warming, ice in the waters of Alaska disappeared 6-8 weeks earlier than usual.

In February 2018, climatologist Zack Labe from the University of California, Irvine, spoke about an abnormal thaw in the Greenland Sea, as a result of which the average arctic temperature at that time was above normal by 20 degrees.