Billionaires are looking for the output of the “matrix” 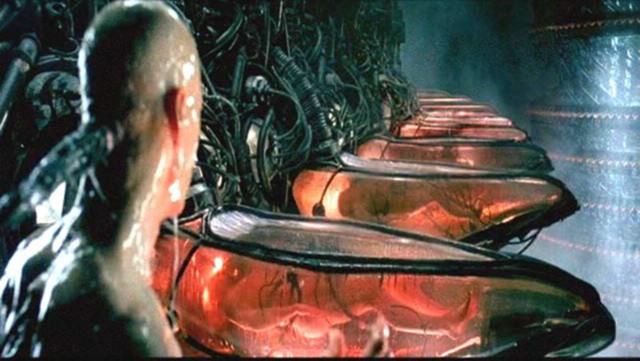 Many in the Silicon Valley have become obsessed with the idea that we all live in a “matrix”, and some billionaires secretly attracted scientists to solve this problem in an attempt to find a way out of the simulation.

The philosophical position that reality is a simulation (it is most often assumed that this is a computer simulation), was called the “simulation hypothesis.” To make the simulation look realistic for the recipient, the program adapts to its perception, forming the material objects, mind and consciousness of the recipient.

The main work in this area is the article by Nick Bostroma “Proof of simulation”, published in 2003 (first edition – in 2001) in the journal Philosophical Quaterly. The Swedish transhumanist philosopher builds on three basic theses, “at least one of which is true”: it is very likely that humanity will die out before reaching the “posthuman” phase; Every posthuman civilization with very low probability will launch a significant number of simulations of its evolutionary history (or its variants); We almost certainly live in computer simulation.

In the course of the article Bostrom considered for the proof of this thesis a modern vector aimed at the active development of digital technologies, artificial intelligence, nanotechnologies and many other industries, despite the fact that they “will not contradict the laws of physics and engineering.”

In his opinion, mankind will be able to develop them enough to have enormous computing power and to simulate the work of many intelligent beings. Bostrom then applies some of the propositions of probability theory to present the evidence in its essence. It does not mention how exactly a simulation will be carried out: it can be carried out both with the help of computers, and, for example, the accumulation and development of brain centers that are responsible for the behavior of a person during sleep and, accordingly, the formation of reality in a dream. Such a technique is shown, for example, in the movie trilogy Matrix.

The theory that we all live in a simulation would remain the subject of transhumanist discussions, if not for a number of well-known personalities who supported the idea that the world in which we live is unreal. The most famous recent statements by Elon Mask, the head of space company SpaceX and automaker Tesla.

A year ago, Elon Musk suggested that we all live in computer simulation. His main idea is that over the past 40 years, computer games have evolved so quickly that in a couple of years they will be completely indistinguishable from the physical world. In other words, we are on the verge of merging augmented reality (AR) with artificial intelligence. The end result is that the real and virtual can become completely indistinguishable from one another.

“Forty years ago, we had Pong, you know, two rectangles and a dot between them, that’s what the games looked like at that time.” Today, forty years later, we have photorealistic 3D simulations, in which millions of people around the world are playing simultaneously. Only gets better every year, very soon we will start playing in a virtual and augmented reality, “Elon Mask told the surprised journalists.

“Assuming that video games will continue to evolve in the same vein, sooner or later they will become indistinguishable from reality, even if the speed of their evolution slows down a thousand times. Just imagine that waiting for the right moment will need ten thousand years – it’s nothing on Scale evolution: Assuming such a development path for video games that are indistinguishable from reality and can be run on a suitable device, and assuming that there are billions of suitable devices, the likelihood that we live in a basic reality is one to mi Liard “- says Elon Musk.

According to physicist James Gates of the University of Maryland, there is a more convincing reason to believe that physical simulation is the responsibility of computer simulation. Gates studies matter at the level of quarks – subatomic particles, from which protons and neutrons in atomic nuclei consist. According to him, the quarks obey the rules, which in some ways resemble computer codes correcting errors in data processing.

“I found a very strange thing in my research,” says James Gates – “I got to the corrective codes – thanks to them browsers work, how did they find themselves in the equations I studied about quarks, electrons and supersymmetry?” This led me to realize that I already I can not call people like Mask crazy. ”

After all this, it is not surprising that, according to media reports, at least two billionaires from the Silicon Valley are investing in projects whose goal is to allow the human mind to go beyond the simulation in which we all now live. Even Bank of America analysts said that the probability of the simulation around us is 50%.
More information: http://www.vestifinance.ru/articles/88208