Bioengineers are afraid to open the “Pandora’s Box” 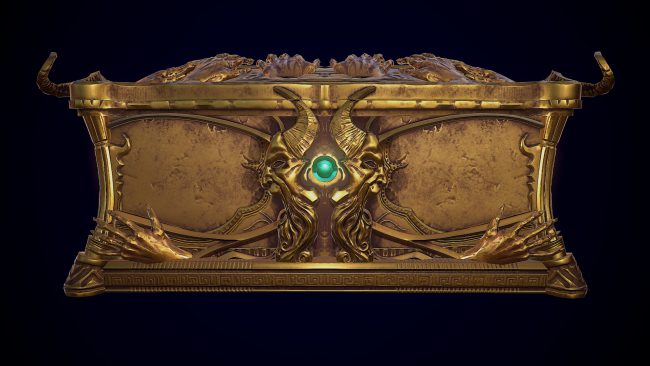 We are on the verge of an extraordinary breakthrough in the field of synthetic biology. CRISPR-Cas9, the genome editing technology, opened in 2014, is at the forefront of this breakthrough. We are promised to solve problems with nutrition, diseases, genetics and – what is most interesting – to modify the human genome for the better. Make us better, faster, stronger, smarter: it’s a chance to remake us faster than natural selection and evolution come to their senses.

Of course, many experts warn of the dangers of these new opportunities. A huge flow of money flows into biotech startups, and the race to the championship can cut sharp angles. In 2017, scientists have resurrected an extinct strain of the deadly horse virus. CRISPR can help in the creation of secret biological weapons, such as smallpox, or improve existing diseases, such as Ebola, turning them into a nightmare for epidemiologists.

With such breakthroughs that seem like science fiction, the task of distinguishing the hype from reality may seem overwhelming. But this must be done, especially to people who are far from science. How to really assess the potential risks and benefits? A new study conducted by scientists from the US and the UK, recently published in eLifeSciences, sheds light on at least 20 problems associated with bioengineering.

We are ending agricultural land, as the world’s population continues to grow; to feed the world, we need a new Green Revolution. The answer is the improvement of natural photosynthesis through genetic modification, as the C4 gene was activated in rice. With its help, the rice harvest has grown by 50%, and since rice is a colossal source of calories, this is a very powerful breakthrough.

Researchers also expect that in the next five years, several serious disputes will begin. The first concerns the ethics of gene manipulation, which lead to the emergence of a population with new characteristics. Among insects like mosquitoes, these genes spread very quickly, and people plan to use them to make the mosquitoes fruitless. This can damage ecosystems and lead to unintended consequences. Can we find a way to reverse the decision associated with editing the genes until it spreads to whole generations? Skeptics doubt.

Another dispute will unfold in the next five years: how convenient will the human genome be edited? Scientists note that our ability to edit the human genome has surpassed our understanding of the functions of these genes. Previous studies have, in fact, studied the statistical correlations between genetic conditions and the inheritance of certain genes. Perhaps careful editing will allow us to conduct experiments that will reveal the secrets of our own DNA; in the end, we learned to rid mice of Huntington’s disease.

But it so happened that experiments with people entail a unique set of ethical problems, and scientists note that world governments are not particularly in a hurry to deal with them – and China is completely ignored.

In the medium term, scientists are concerned about the emergence of increasingly complex methods of bioengineering. Perhaps in five to ten years we will be able to create whole organs for replacement, experimenting with genes. Over the past few years, tissue engineering has already learned to create or grow bladder, hip joints, vagina, trachea, veins, arteries, ears, skin, knee meniscus and patches on the heart.

Repairing a broken heart can sound like the ideal use of biotechnology, and since animal testing does not stop and show that the tissues created can be successfully implanted, this perspective is more than real. However, it is unlikely that it will be cheap. In addition, will not this exacerbate the already existing gap in health care, when rich people can prolong their lives by replacing organs, and the rest do not?

Special impact these methods can have on the production of drugs. Vaccines are a brilliant example. Currently, many vaccines are produced using chicken eggs, just like 70 years ago. As expected, such an old method has its limitations; the most important strains of the virus must be found months before they are spread directly, because it takes several months for the vaccine to be produced. DARPA is sponsoring a company that is trying to produce tens of millions of portions of the flu vaccine for the month. If we try to outrun another pandemic – which can take the lives of millions – we simply have to work on technologies that will enable us to do this.

But the more people become, the more risks there are. With the help of bioengineering can produce illegal drugs. Worse than that is the prospect of a bioengineering supervisor created intentionally or unintentionally. Genetic information can become a new currency; how the algorithm today can cost millions or repair chaos, so the genes of tomorrow will have to be guarded by every means. The consequences of hacking a computer can be unpleasant; the consequences of hacking a person can be much worse.