Biologists are frightened by the rapid extinction of the largest baobabs 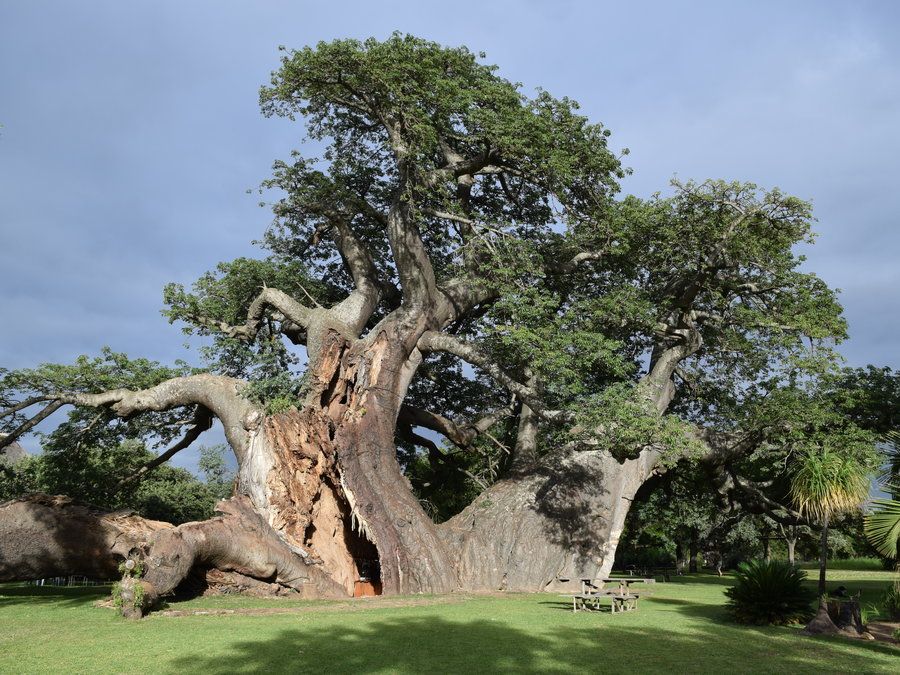 Most of the oldest and largest baobabs of Africa, who lived thousands of years, died in recent years. Botany blame global warming.

Huge, exotic-looking baobabs (Adansonia digitata) – no less recognizable symbol of the wild nature of Africa, rather than lions and giraffes. The oldest and mightiest of them received their own names, and now they are rapidly dying out. About this Adrian Patrut (Adrian Patrut) from the Romanian University Babes-Boyly and his co-authors write in an article published in the journal Nature Plants.

In fact, until recently, the largest baobab on the continent was a Sunland tree several thousand years old. In its trunk more than 10 meters in diameter, even a bar with several rooms worked. However, in the spring of 2016 it began to quickly die, the trunk was split, and by November 2017 the tree had collapsed (see illustration). The new work of botanists shows that this case is not unique: in recent years, most of the largest and oldest baobabs have died.

Scientists drew attention to this almost by accident, in the course of the work on determining the age of the oldest trees by radiocarbon dating. It is worth saying that due to the peculiarities of growth and the absence of conventional annual rings, traditional approaches to finding out the age of baobabs are useless. The tree grows a single trunk, however, having grown stronger, since 1000 years of age it releases new ones that rise from the roots in a circle and join together, forming a new, single and hollow trunk.

Therefore, since 2005, Patrut and his colleagues have surveyed about 60 large trees, 10-20 of which (and Sunland among them) stood out particularly impressive size and longevity: according to the new dating, Sunland’s age exceeded even two thousand years. It was in this group that mortality was especially high: Sunland was killed in 2017, and the previous record holder Panke – in 2011, having lived almost 2,5 thousand years. In total, over the past 12 years, seven of the 13 oldest and five of the six largest baobabs died.

The authors link their deaths to global warming, rising temperatures and increasingly severe droughts. “It’s rather strange: these trees lived for two thousand years and more, and suddenly they die one after another,” Adrian Patrut said in an interview with NPR. “According to statistics, this is extremely unlikely.”