Biologists first saw the fusion of two bacteria into one 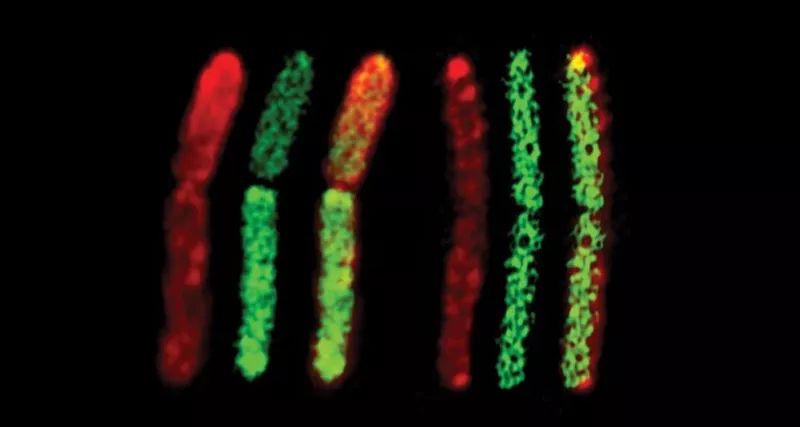 For the first time, American scientists were able to observe how bacteria of different species can combine into unique hybrid cells. During this process, their cell walls and membranes fuse, and proteins, RNA and other molecules become common.

The researchers studied the interaction between Clostridium ljungdahlii and C. acetobutylicum. These types of bacteria work in syntrophism with each other – each of them produces metabolites that the other feeds on. Biologists have found that C. ljungdahlii can literally invade C. acetobutylicum during its lifetime. These two organisms connect their cell walls and membranes, after which they begin to exchange proteins and RNA. In this way, hybrid cells are created, some of which continue to divide and populate the environment.

Previously, researchers noticed that bacteria can exchange some intracellular compounds through nanotubes. But the observation of the fusion of bacterial cells came as a surprise to the authors. Despite the fact that such a process was seen for the first time, scientists suggest that it can be very common in wildlife.

The researchers also showed that such a combination does not just happen – it increases the likelihood of survival of bacterial communities in adverse environmental conditions. For example, some pathogenic bacteria can borrow proteins from other antibiotic-resistant microorganisms and also develop drug resistance. Some microbes can also “copy” the biochemical mechanisms of congeners to avoid detection by the immune system.

The finding may help explain why some bacteria are difficult to culture or grow in the laboratory. The point is that such microorganisms can combine with congeners and live in syntrophism with them, instead of growing and multiplying on their own. The group’s findings may influence understanding of the evolution of bacteria and show that some species may have evolved with others, rather than separately.