Biologists found out the cause of the death of 200,000 saigas in Central Asia 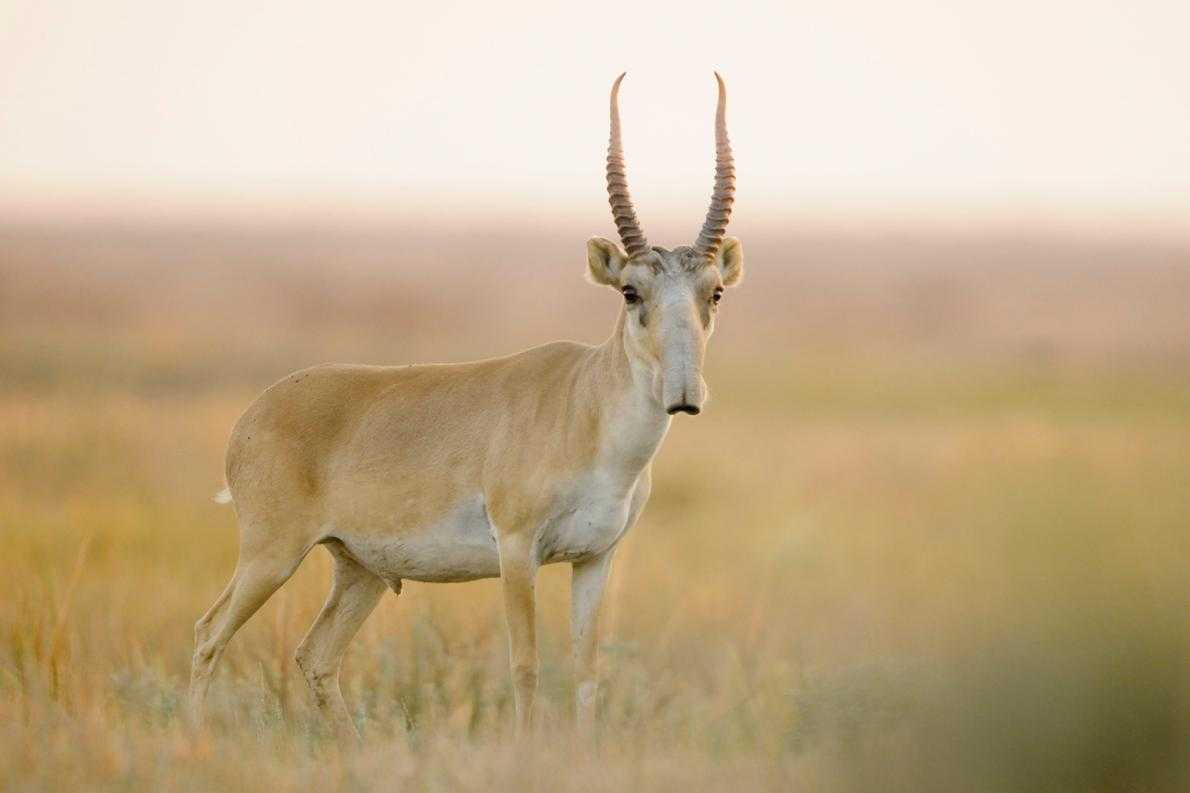 The researchers found out what causes led to the death of 200,000 saigas in Central Asia in 2015. Epidemics among animals contributed to high temperature and humidity. According to scientists, because of global warming, such epidemics will occur more often.

An international group of scientists summed up the results of the investigation into the causes of mass death of saigas in Central Asia, which occurred in 2015. Then for three weeks, up to 200,000 animals died – a significant part of the world population. This has jeopardized long-term work to restore the number of rare species. The main cause of animal death was contamination with pasteurellosis, but the epidemic was caused by a complex of various factors, including heat and high relative humidity.

The world population of saigas was not the first to suffer from mass death of animals. In 1981, only the Betpak-dala population (Kazakhstan) lost up to 70 thousand animals, in 1988 – 255 thousand.

An analysis of the remains of dead animals was carried out by several independent laboratories around the world. Saigas were infected with the bacterium Pasteurella multocida, causative agent of pasteurellosis (hemorrhagic septicemia). This explained the symptoms, including internal bleeding, found during autopsy. According to scientists, bacteria Pasteurella multocida can normally live in healthy saigas in the body without causing harm. In order for the disease to spread so widely, you need a trigger, a change in external conditions, or an internal cause in the body of saigas.

Scientists have analyzed data on previous cases of mass death of animals. Most often they occurred in the spring, in April or May. At this time, the saigas’ females bring offspring – the immunity of the young is low, the body of females during this period weaken the consequences of childbirth. The researchers found that in both cases in the 1980s and in 2015 the case was preceded by high temperatures and humidity. They contributed to the active multiplication of bacteria, and weakened animals did not cope with the disease. What kind of mechanisms make a bacterium dangerous in a warm environment is still unknown. Researchers believe that in the future because of global warming, such events will occur frequently: beginning in 2010, zoologists almost every year record epidemics in various populations of saigas.

Animals are threatened not only by disease. Saiga regularly become a prey for poachers – since the 1990s, illegal hunting has remained high. Scientists believe that without a set of protective measures, the world population of saigas can be reduced so much that it will not be possible to restore it.