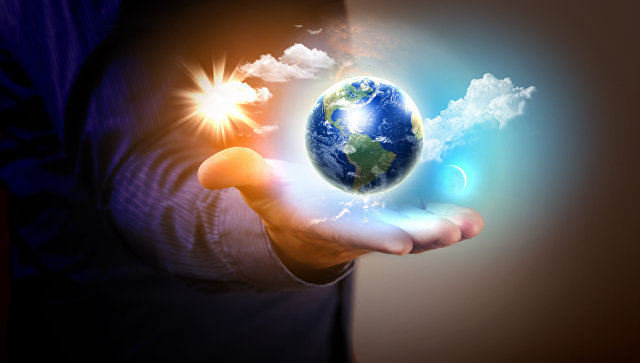 British biologists have discovered the mechanism by which life has acquired the property of stabilizing the work of ecosystems and the Earth’s climate, which in turn has helped it to survive for more than three billion years. Their findings were presented in the journal Trends in Ecology and Evolution.

“We have uncovered two simple principles that governed the evolution of life before it managed to turn the Earth into a system that stabilizes itself, and now we have a chance to find the answer to the main question – how and why our oldest ancestors emerged,” says Tim Lenton ( Tim Lenton) from the University of Exeter (UK).

As calculations of astrophysicists show, the Galaxy and the entire universe as a whole must be teeming with life, but scientists have not yet found any traces of intelligent or unreasonable extraterrestrials. Many researchers believe that this is due to the fact that life quickly appears and disappears even more quickly, without having enough time left significant traces.

In this case, the question arises – why life on Earth has not disappeared for three billion years of its existence? The first explanation of this paradox was set forth by the well-known chemist James Lovelock as far back as 1972 in the framework of the so-called “Gaia hypothesis”.

She postulates that the climate and conditions on Earth are directly regulated by its inhabitants, green plants and other living organisms, just as the body of warm-blooded animals reacts to changes in the temperature of the environment.

This idea explains well how the earthly life managed to survive for so long, but it does not answer the most important question – how did this self-sustaining system form and how did the “symbiosis” between life and the planet arise?

Lenton, one of the most famous followers of Lovelock, and his colleagues tried to find an answer to both these questions, studying how natural selection, evolution and stability of local conditions of the environment are related to each other.

As scientists explain, many evolutionary “innovations” can be useful for the survival of one species of microbes, animals or plants, but they can destabilize the entire ecosystem and lead to the rapid extinction of all its inhabitants by depriving them of all available resources, drastic changes in acidity or other properties of the environment.

A vivid example of this is the appearance of the first cyanobacteria and the most powerful ice age that they generated. It arose about a billion years ago as a result of a sharp decline in the level of CO2 in the atmosphere. He actually “zeroed out” the entire development of life in previous historical epochs.

If evolution is rather modest and slow steps, then life has enough time to adapt to new conditions or to changes related to “external” factors. In their role may be volcanic eruptions, the growth of solar activity or changes in the circulation of rocks in the bowels of the Earth.

As Lenton notes, this “evolution of stability” is inextricably linked to the next step in the development of life – “survival selection”. In the understanding of the authors of the article, living beings destabilizing ecosystems will disappear faster than other types of microbes, multicellular plants and plants. This, in the long run, will lead to the formation of a completely stable and self-regulating Earth, where we live today.