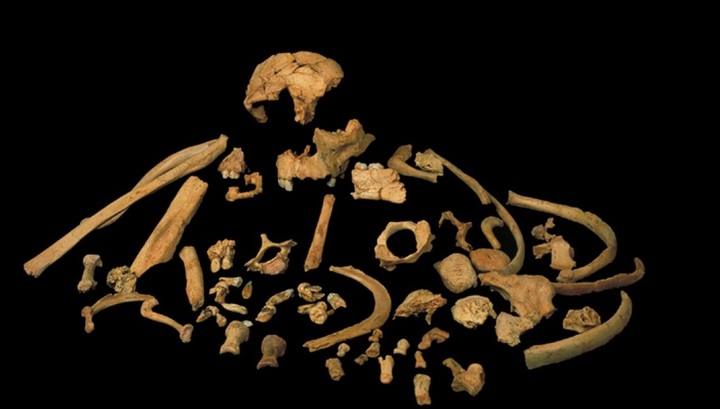 Biologists have deciphered proteins isolated from human remains 800 thousand years old. Moreover, they not only set a record, but also received important information about the evolution of our family.

The ability of geneticists to look into the past is very limited. The oldest sequenced human DNA is only about 400 thousand years old. For comparison: the genus Homo is about 2.6 million years old, and the last common ancestor of humans and chimpanzees lived 4-7 million years ago.

But there is another possibility: to analyze not DNA, but much more durable protein molecules. And here a large international team of researchers set a real record by deciphering proteins of 800 thousand years old. These are the oldest human proteins ever deciphered.

(Note that the same scientific group previously sequenced much more ancient primate proteins, not directly related to humans, and the prehistoric rhino).

This time, the samples were extracted from the dental tissue of a representative of the species Homo antecessor. These fossils were discovered in Spain in 1994. The find belongs to one of the most ancient human remains found in Europe.

The place of H. antecessor on the evolutionary tree of our species is a matter of long debate. In his skull there are many features related to him with Neanderthals and Homo sapiens. At the same time, a small brain and large teeth send scientists to the more ancient and primitive species Homo erectus. Is the antecessor a direct ancestor of Neanderthals and modern humans, or is it a lateral branch that has not left descendants?

To answer this question, the authors turned to the analysis of ancient proteins.

“Using modern mass spectrometry, we determine the amino acid sequence in the remains of the Homo antecessor tooth enamel protein. Then we can compare the ancient protein sequences that we read with the sequences of other hominins, such as Neanderthals and Homo sapiens, to determine how they are genetically linked “” Explains co-author of the article, Jesper Olsen from the University of Copenhagen.

As the analysis showed, H. antecessor is really closely connected with the common ancestor of modern man, Neanderthal and Denisov. He could be either this ancestor himself or his close relative.

This means that the structural features of the proteins that the antecessor shares with these species appeared much earlier than previously thought.

It is also interesting that the strongest similarity of H. antecessor is demonstrated precisely with H. sapiens. With Neanderthals, there are fewer common “protein” features. This may be evidence that the evolutionary line of Neanderthals stood out earlier than is usually assumed.