Biologists have figured out how ostriches lost their ability to fly 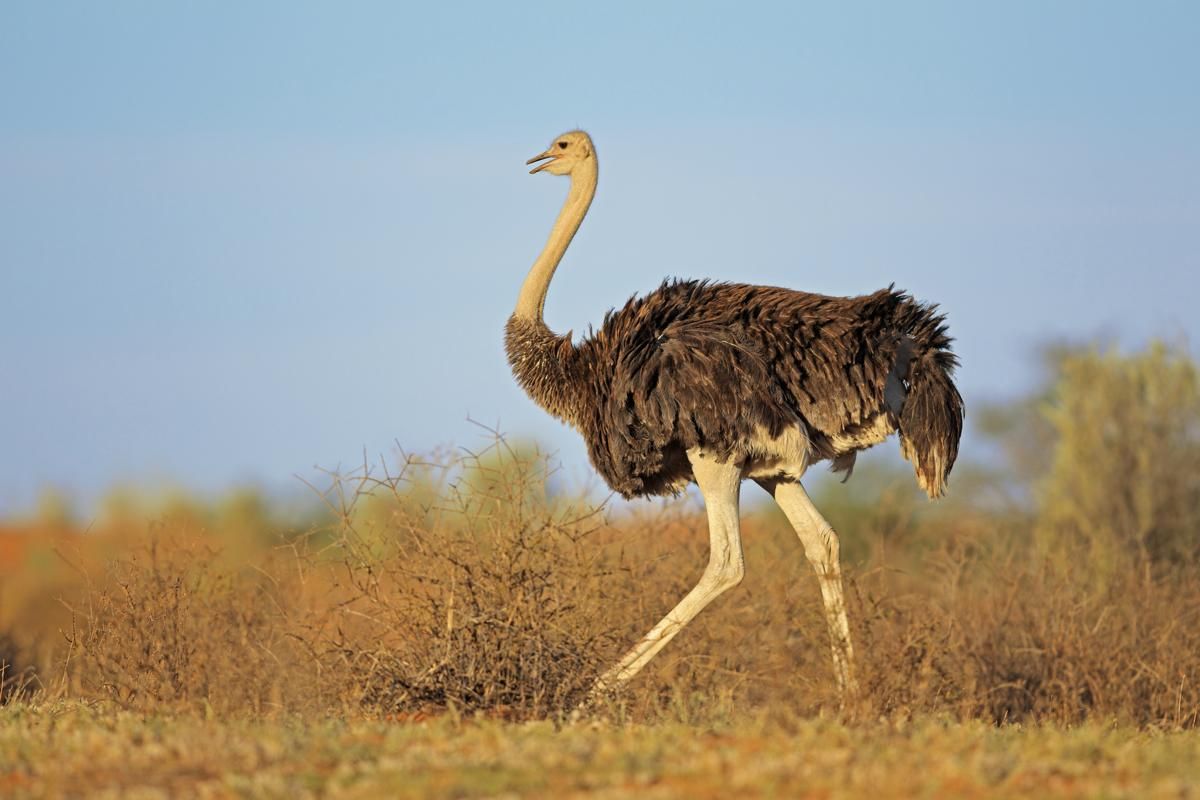 Modern flightless birds have resulted from changes in the fine-tuning of the genes that control the growth of bones and limbs.

Four of the five modern squads of ratites and at least three extinct unite birds incapable of flight and lacking a bone keel on their chests, to which the powerful muscles of their wings are attached to the flying. The ratites include ostriches, kiwi and emus. Judging by the results of the new analysis, they lost their ability to fly, not due to certain mutations in DNA, but due to changes in gene regulation, and this happened several times throughout their evolutionary history. About this team of Harvard biologist Scott Edwards (Scott Edwards) writes in an article published in the journal Science.

In fact, mutations change the structure and properties of the encoded proteins, or even completely violate their production. At the same time, the same protein can perform a wide variety of functions in different tissues and cells, therefore, its loss often turns out to be too dangerous. On the other hand, regulatory changes allow thinner “adjust” the work of DNA, genes and proteins, with far less danger to the life of the organism as a whole. It happened, apparently, and the ancestors of the modern ratites.

Scientists have deciphered the genome of 11 birds, including eight ratites, and also used the already available DNA data of several flightless and 25 flying species. Then they determined the mass of regulatory DNA regions common to these birds — a total of over 280 thousand were found, and 2355 fragments of them differed in that in ratites changes in them accumulate faster than in the rest. It seems that they are responsible for the loss of ability to flight and everything connected with it.

The authors note that these “suspicious” regulatory fragments are often located close to the genes that control the development of bones and limbs, and apparently control their activity. In fact, the flightless birds are characterized by a decrease in the size, or even the complete disappearance of a number of bones necessary for flight, including the keel and others. Scientists have shown that the gene that triggers the development of wings in chicken chickens is really “turned on” if you attach the regulatory section of the flying bird tinama to it. But it does not work with a similar regulatory area borrowed from a non-flight nandu.

According to the authors, all this indicates a relative ease with which a loss of flight can occur. Apparently, the ancestors of the ratites experienced this process at least three, and possibly five times throughout their evolutionary history.