Biologists have found a key to a long life 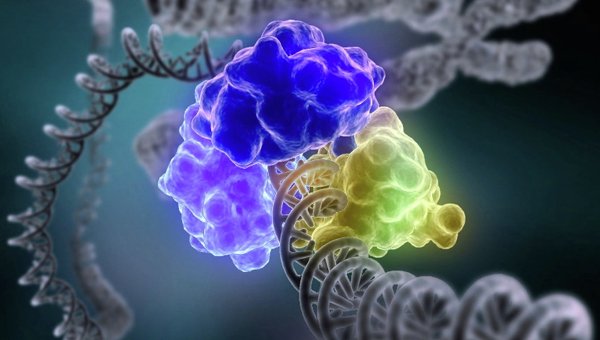 Scientists have found that the rate of aging of our body depends on small mutations in the mitochondrial DNA, anomalies which lead to accelerated aging of the organism and development of senile diseases.

Variations in several genes determine how well we age. It turned out that there are differences in mitochondrial function caused by diseases and pathologies, and other factors that directly affect the speed of aging,” said Jose Enriquez Jose Enriquez) from the National centre for cardiovascular research in Madrid (Spain).

Henriques and his colleagues watched how he worked the “power plants of cells – the mitochondria – in the body of several generations of mice, and found the key to healthy aging. They also found that modern technologies of conception of the child from three people can have extremely negative consequences for their health.

As the scientists explain, the human genome and DNA all animals can be divided into two unequal parts. Most of it is inside the nucleus and a relatively small proportion of DNA includes only 37 genes located in the mitochondria. This small handful of genes directly responsible for the conversion of the energy contained in the molecules of glucose and other nutrients in clear cell formats” and the destruction of cellular “garbage.”

The authors were interested in how small variations in the structure of these genes do not cause serious problems with metabolism, affect the aging human body and animals at the onset of old age. To do this, scientists took two breeds of mice, changed their mitochondria are swapped and see what has changed in their body and their aging.

Much to the surprise of scientists, the replacement of mitochondria in the cells of mice from the laboratory of the most popular breeds on the same calf from the cells of another popular of the breed has led to the fact that the average life expectancy increased by almost 20%, and the mice are much less ambitious than a “normal” genome, suffered from obesity, cancer, diabetes and other effects of aging. Interestingly, all these differences were apparent only in the elderly, and the young mouse looked and did the same.

The reason for this, as shown by the cell analysis was that the mitochondria of mice from the NZB of breed produced less oxidant during the oxidation of sugars and the production of cellular “Energobalance” and in a special way affect the operation of the nuclear DNA, causing the cells of their owners are more active to oxidize fat and fight inflammation. How it all happens remains a mystery.

“Interaction of nuclear and mitochondrial genome affects the course of life, human or animal. If we can reveal the biological processes that underlie healthy aging and prevent senile diseases, then we will be able to maintain health during old age for a very long time,” concludes Ana Latorre-Pellicer (Ana Latorre-Pellicer), a colleague of Enriques.