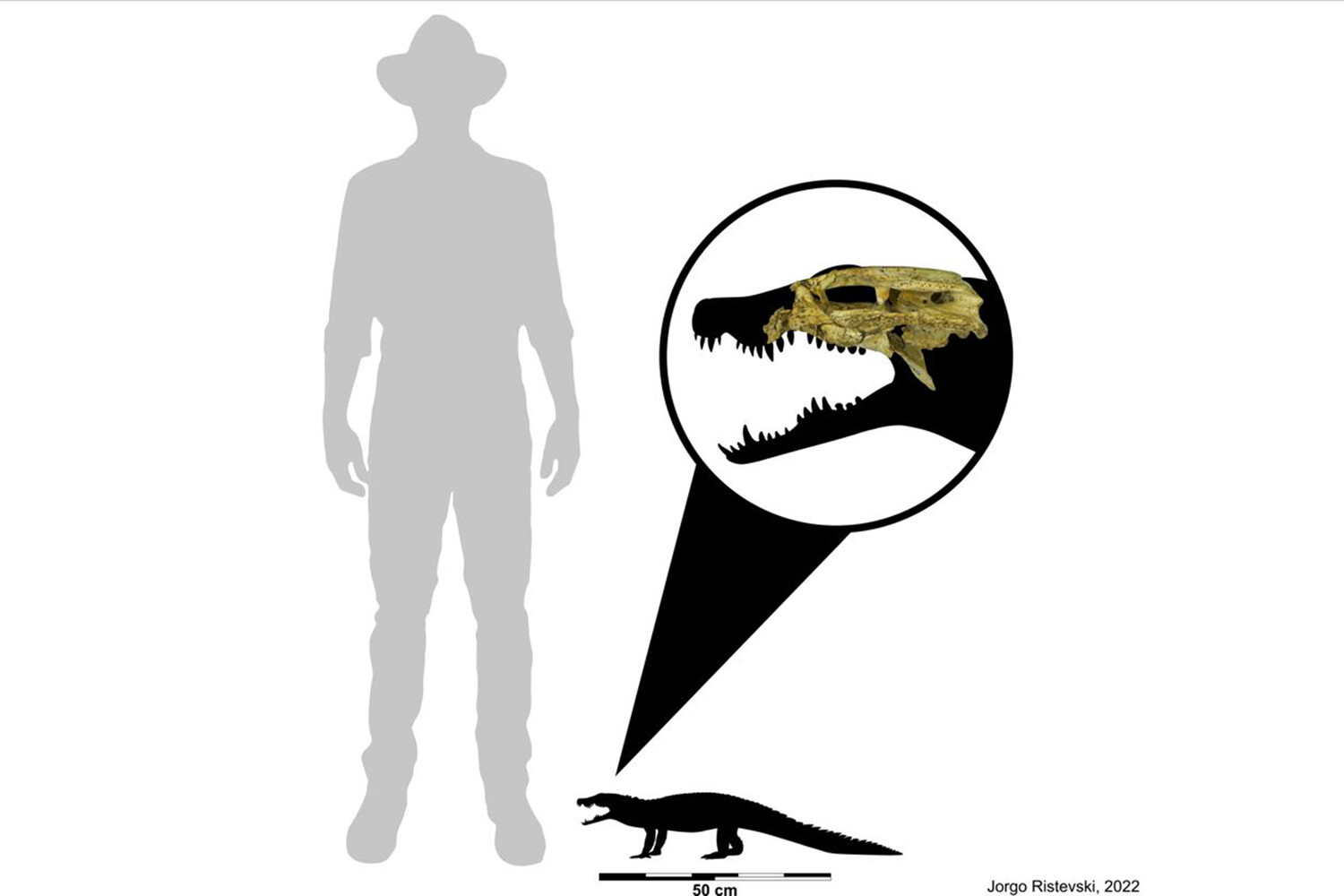 Researchers at the University of Queensland have been able to study the skull of an extinct Australian crocodile using micro-CT scans. The study was published in The Anatomical Record and The Journal of Anatomy.

A well-preserved skull of an animal fell into the hands of scientists. Thanks to micro-CT scans, they were able to see every bone in his body.

They found that when mature, Trilophosuchus rachami must have been between 70 and 90 centimeters long and weigh between one and two kilograms, which is very small compared to most modern crocodiles. The unique species had a short muzzle and three distinct ridges on the top of the skull.”

Paleoneurology, the field that studies the brain and nervous system of fossil species, can provide important information about the evolution, morphology, and even behavior of animals. The authors found that the small crocodile’s brain cavity is similar to that of some species of land extinct crocodiles from Africa and South America, but that Trilophosuchus rachami is more closely related to modern crocodiles. However, judging by the cranial cavity, it spent more time on land than most modern crocodiles.