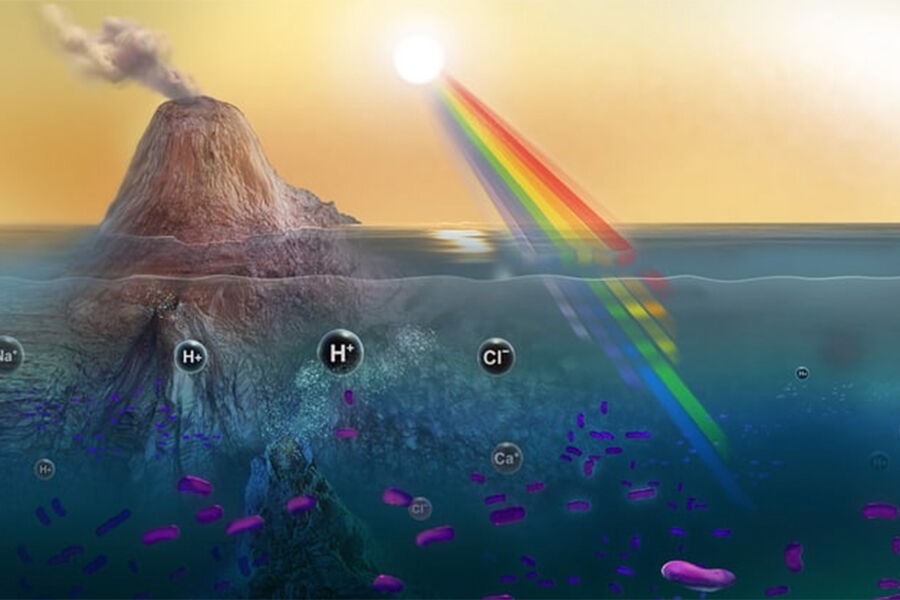 Biologists have reconstructed the light-sensitive proteins of the first photosynthetic organisms on Earth. An article about this was published in Molecular Biology and Evolution.

The oldest organisms on Earth, bacteria and archaea, appeared billions of years ago. These microorganisms have developed rhodopsins, proteins that can convert sunlight into energy, using them to power cellular processes. Similar proteins are found in the human eye as a light-sensitive element.

Katherine Cefus of NASA’s Center for Early Life and Evolution and her colleagues studied the rhodopsin of various modern organisms using machine learning and found out what it was like in ancient living creatures. “It’s like taking the DNA of many grandchildren to replicate the DNA of their grandparents. The only difference is that these are not grandparents, but creatures that lived billions of years ago around the world,” the authors comment on the work.

As a result, it was found that ancient rhodopsins acted as light-controlled proton pumps and were designed to absorb green and blue light. It is this light that penetrates well into the water column, where ancient microorganisms hid from ultraviolet radiation. The subsequent diversification of the functions of rhodopsin and its evolutionary development occurred due to the formation of an oxygen atmosphere with an ozone layer that protects against ultraviolet radiation, making life possible closer to the surface.

The scientists now plan to obtain samples of the ancient rhodopsin using synthetic biology techniques. Studying its properties will help to find out how life originated on Earth, which will make it clear where it can exist outside of our planet.