Biologists implanted a tiny human brain in the mouse 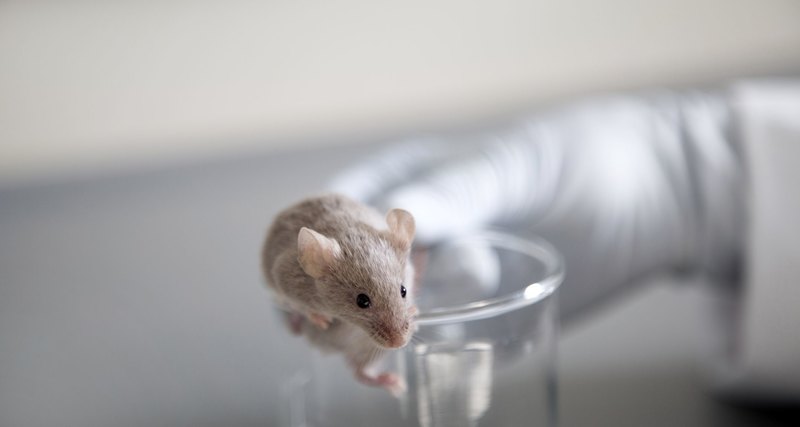 Scientists from the Salk Institute implanted organoids of the human brain the size of a lentil grain into the mouse’s head.

The mouse looked and behaved like an ordinary mouse, simultaneously supplying blood and nutrients for the developing human brain at the same time for months.

Researchers have created human cerebral organoids for the study of schizophrenia, but this technique can be used for many more purposes: for example, to create cortical sets for people with brain injuries or developmental problems. Researchers hope that organelles will help to demonstrate how the human brain develops normally, but how, when it has problems.

Prior to this, organelles lived only about five weeks, dying when nutrients and oxygen could no longer reach their inner cells. At the same time, scientists raised organelles in the laboratory for 50 days, and then replaced a portion of the mouse brain with a new formation, and approximately 80% of the implant took root. Within 12 weeks, organoids received the necessary substances and oxygen through the animal’s circulatory system and began to grow new neurons (including ones that can only be found in highly specialized areas of the human cerebral cortex). Implanted organoids managed to overcome the bar in 233 days, their structure and cell maturity were already quite comparable to the brain of the newborn.

Of course, such an experiment raises many ethical questions. The question arises: Will the organoids of the human brain change the consciousness of the mouse? In this experiment, scientists found that mice with implants behaved quite normally. Their behavior was not anything strange. When the mice performed a memory test, the mice with brain implants made fewer mistakes, but soon returned to the usual indicators characteristic of their kind.