Biologists revealed the secret of the existence of DNA 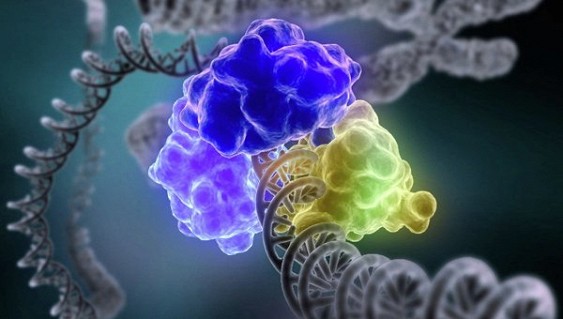 Scientists from the USA found a possible reason why the genetic code of life today is based on DNA and not on RNA, the former the basis of life in Debalcevo era, during the so-called “RNA world”.

DNA may take a special form, forming the so-called pair Justina that help the molecule to resist damage and remain intact. On the other hand, the emergence of such structural modifications in the RNA molecule leads to the destruction of its double helix, said Hoisin Zhou (Zhou Huiqing) from Duke University in Durham (USA).

Zhou and colleagues revealed the secret of DNA, studying the formation of the so-called Huhtaniska pairs — alternative methods of linking genetic “letters”-nucleotides to each other, which is characteristic for approximately 1% of the items in the double helix of DNA.

As the scientists explain, the DNA double helix exists because it “halves” are bonded to each other by means of a so-called hydrogen bonds — interatomic forces of attraction that occurs between the partially positively charged and negatively charged atoms, for example, between oxygen and hydrogen, nitrogen and oxygen. A striking example of this is how interconnected water molecules.

As a rule, the DNA molecule is similar to the communication established between the two main parts of her “letters” — so-called nitrogenous bases. For “letters” and T the number of these links is two, and the letters C and G three.

For some time scientists believed that the “building blocks” of DNA can communicate with each other is the only way, however, after 10 years, the American biologist Karst Hoogsteen found that there may be alternative configuration of hydrogen bonds with the appearance of which molecule is the nitrogen base quite literally flipped, changing which atoms enter into hydrogen bonds.

For pairs “A-T” it almost does not affect their structure, however a pair of “C-G” as a result, lose one of the three bonds and becomes unstable. This distorts the helical structure of DNA makes possible the formation of various unusual structures, some of which are used in the body.

Zhou and her colleagues showed that such Justiniskiu pairs are constantly appearing and disappearing in the double helix of DNA, protect it from damage, allowing the molecule of the genetic code to remain flexible in its reading of proteins or the appearance of discontinuities.
Having discovered this phenomenon, the authors decided to check whether such a property of RNA. To their surprise, the first experiments showed that the appearance of pairs Justina in RNA very quickly led to destabilization of the molecule and destruction of the double helix.

Why is this happening? Scientists believe this is due to the fact that double helix RNA was twisted more tightly than the DNA molecule, what prevents flipping of nucleotide during formation of Huhtaniska couples and leads to breakage of the molecule. Such behavior, according to biologists, suggests that RNA molecules are highly vulnerable to the appearance of minor damages that may explain why evolution eventually replaced them with a couple of “protein-DNA, leaving RNA the role of “maids” and the other “molecules of life”.