Biophysics discovered the secret of microbes living in “boiling water” 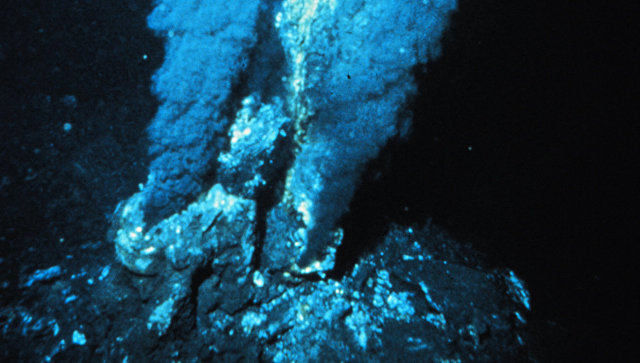 Russian and British scientists have uncovered the secret of the work of a protein that helps archaeans who live in the vicinity of “black smokers” on the ocean floor, to live and breed normally in almost boiling water. Their findings were presented in the journal Extremophiles.

“These microbes live in the central part of the Mid-Atlantic Ridge, in the vicinity of the Ashadze-1 hydrothermal field. They are today considered to be one of the deepest and most extreme archaea,” writes Tatyana Petrova from the Institute for Mathematical Problems of Biology, RAS and her colleagues.

The so-called extremophiles, capable of surviving at extremely high and low temperatures, with a constant lack of food and oxygen, are considered the prototype of “Martian” and other “cosmic” microorganisms. For decades, scientists have been finding and studying such microbes, trying to figure out whether the most resistant of them can survive on Mars or Earth-like exoplanets within the “belt of life”.

For example, archaea of ​​the species Sulfolobus islandicus prefer to live in the extremely acidic water of geothermal sources, where temperatures can reach up to 80 degrees Celsius. They oxidize sulfur molecules and convert the resulting energy into nutrients. Biologists have long been interested in why these microbes do not “boil” in such conditions, and how their proteins manage to keep their shape.

According to the press service of the institute, Petrova and her colleagues took a big step towards uncovering this secret of archaea by studying the structure of proteins of an even more extreme organism, Geoglobus acetivorans, living in the vicinity of “black smokers” at the bottom of the seas of the Earth. These microbes feel great at temperatures close to 88 degrees, and begin to “freeze” at 65 degrees Celsius.

Scientists were interested in how enzymes involved in the assembly of molecules of isoprenoids, aromatic hydrocarbons, which play a key role in the work of various cell membranes and signaling molecules, as well as rubber and a number of aromatic extracts, work in such conditions.

Their study, in turn, is complicated by the conditions under which such microbes live. For this reason, Russian and British biologists had to “transplant” the genes responsible for their production into the DNA of ordinary E. coli, grow these enzymes, “freeze” and obtain data on their structure using a particle accelerator in Japan.

As it turned out, these proteins really worked best and remained as stable as possible at high ambient temperatures in excess of 60 degrees Celsius. In addition, unlike other enzymes of this type, they also had a rare ability – they could “switch” between the production of two different types of hydrocarbons containing different numbers of atoms.

In addition, in its structure, it differs markedly from similar proteins of other archaea and bacteria that do not live in extremely hot waters of “hot smokers”. Further study of these enzymes, scientists hope, will help to adapt them to create “multifunctional” catalysts, the synthesis of various substances in industry and experiments in laboratories.