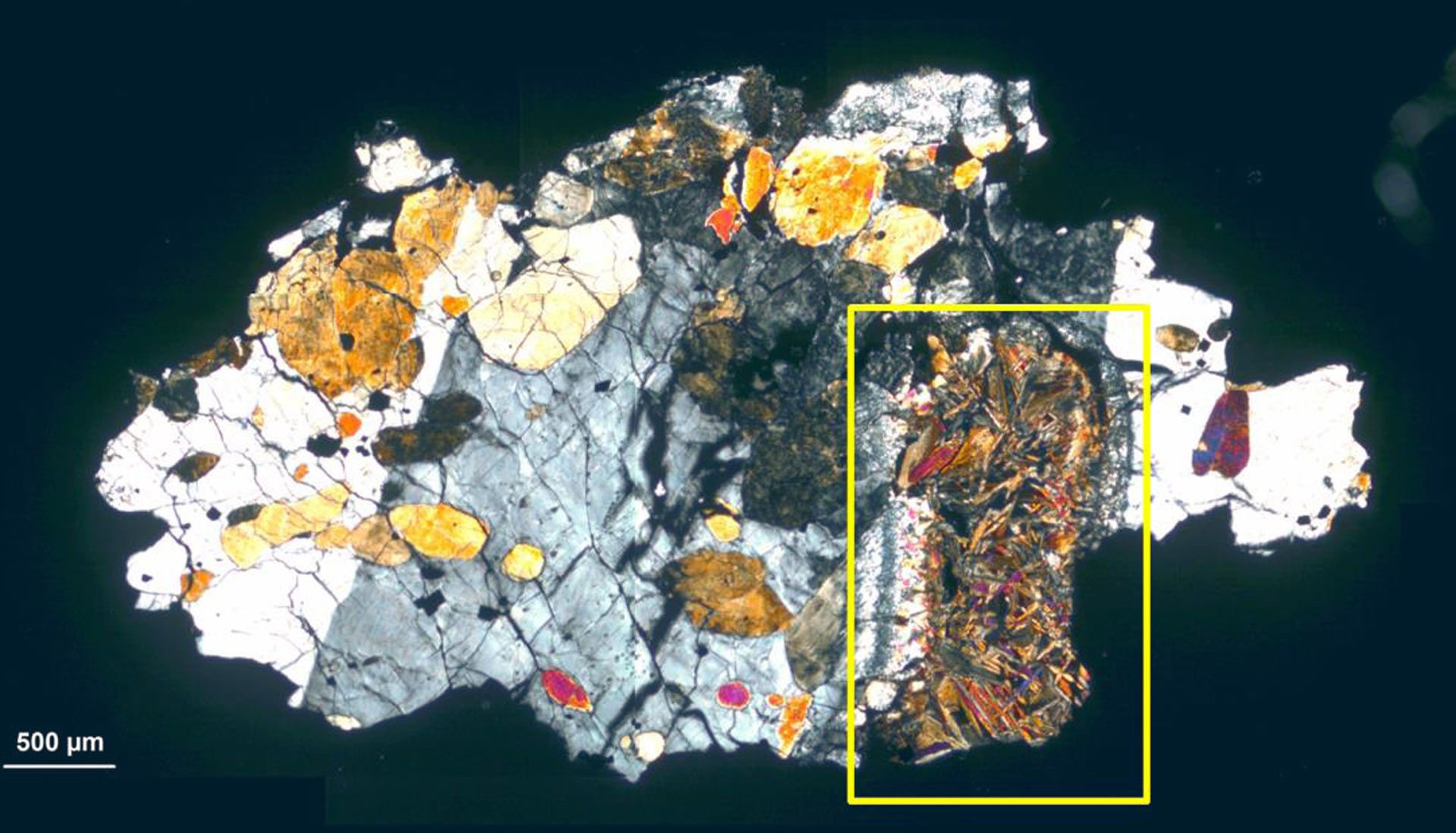 A group of scientists from Hungary claims that the ALH-77005 Martian stone, found in Antarctica, contains many mineralized biosignatures, including coccoid, filamentous structures and organic material. An article about the study was published in the journal Open Astronomy.

“Our work is important to a wider audience, as it combines the sciences of planets, Earth, biology, chemistry and the environment and will also be of interest to many researchers in these areas,” says Dr. Ildiko Gyöllay of the Astronomy and Earth Sciences Research Center Budapest. “It will be useful for planetologists, experts studying meteorites and astrobiology, as well as for researchers of the origin of life and just the public, as it offers an example of a new aspect of microbial mediation in stone meteorites.”

The ALH-77005 achondrite meteorite was found partially ingrown into the ice in the area of ​​the Allan hills during the polar mission of the Japanese National Institute in 1977-1978. It has a rounded shape, and its surface partially burned, and then it was roughly polished by an icy wind. Its age is estimated at about 175 million years, and the impact of cosmic rays on it lasted about three million years. 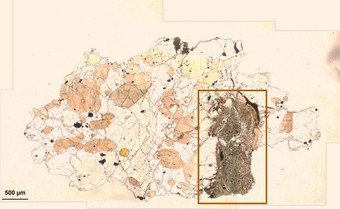 A thin layer of the ALH-77005 meteorite in the plane of polarized light: the area studied by FTIR spectroscopy is indicated by a rectangle — a microbial-mediated change is presumably observed in it / © Gyollai et al

Dr. Gyolllay and colleagues analyzed a thin layer of ALH-77005 using optical and FTIR-ATR microscopy. They were able to detect the presence of coccoid and filamentous structures (probably formed by iron-oxidizing microbes), organic material and biogenic minerals like ferrihydrite, goethite and hematite.

“Other signs of biogenicity of ALH-77005 include a strong negative δ13C, as well as enrichment with iron, manganese, phosphorus, and zinc in the scenario that supports impact melting,” scientists say. “Our research suggests the presence of microbial mediation on Mars.”