Bird flu began to be transmitted to people from cats 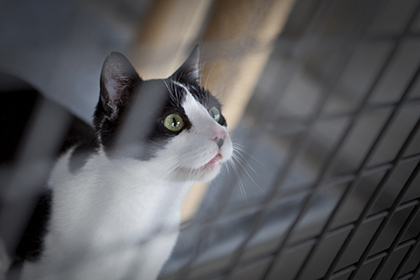 The American veterinarian was infected with bird flu of the strain of H7N2 which was transmitted to it from one of several tens sick cats who were contained in the New York shelter of pets. It is the first case of infection of the person with this virus from this species of mammals.

According to doctors, were surveyed 162 employee and the volunteer, working in the center for care of animals where cases of bird flu were recorded. Symptoms were found only in one veterinarian who had a mild form of a disease. Though there are no signs that other people were infected, representatives of department of health care of New York urge residents to be careful and to watch the state of health of domestic cats.

The cat who gave H7N2 to the person could catch, having eaten a sick pigeon or contacting to other cat. She had to be lulled as the virus caused heavy pneumonia. At the majority of animals symptoms mild, therefore as veterinarians believe, they will be able to cope with the illness.

H7N2 — one of strains of a virus of bird flu. The disease which it causes on symptoms reminds routine seasonal flu. At an infection small patogenicity, that is it seldom is life-threatening the person. Other strains of bird flu — H5N1 and H7N9 — vysokoletalna. Though viruses cannot be transmitted from the person to the person yet, exchange of genes with the infectious agents causing seasonal flu can provoke a pandemic.