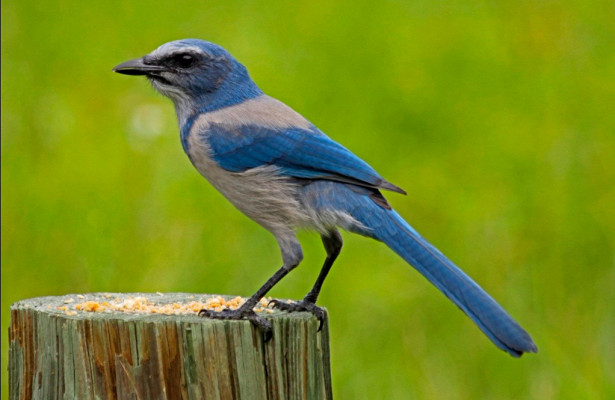 Birds sometimes care about other people’s chicks of their kind, but if they see it as a benefit for themselves in the future. To this conclusion came a researcher from the University of Groningen in the Netherlands.

9% of bird species (among them – laughing kukabara, blue scrub jay and crow-whistler), some individuals postpone their own reproduction to help their relatives in caring for their offspring. Similar behavior was also found in some fish and mammals. The theory of natural selection assumes that all living organisms are selfish in their pursuit of reproduction and expansion into new territories. Altruistic behavior of birds for a long time remained a mystery to evolutionary biologists.

One of the hypotheses explaining the joint care for the offspring was the closely related relationship of cooperating birds. Individual assistants took care of their “nephews”, thus indirectly helping to spread the genes close to them. Biologist Shoyke Kingma refuted this statement and showed that the reason for the cooperation of birds in the upbringing of offspring is not so much a kinship, as the inheritance of the territory.

The scientist collected data on cooperative rearing of chicks in 44 species and found that the lack of territories correlates with the spread of mutual assistance in birds. Individuals who do not experience difficulties with resettlement, not slopes help raise other people’s chicks. Representatives of those species that can not be settled everywhere can delay their own reproduction and help older relatives. In more than 30% of cases, assistants inherit the territory of the owners and, in addition, their wards in the future themselves help them raise their offspring. This practice resembles the care of elderly people with the right of inheritance, the only difference being that the birds place the main point of the “contract” not care for them, but their chicks.

“The results of the work show that” householder birds “receive great help if assistants inherit the territory in the future. After all, you would be more inclined to help someone take care of a home if you expect to inherit property one day, “the scientist said in a press release issued by the University of Groningen.

The concept of mutual assistance shows that animals are able to plan and change their behavior to achieve their goals. According to the author, his research also explains why in some species of birds, groups are allowed to settle in their territory to alien individuals or even kidnap offspring from foreign groups.