Birds use stubs to fight parasites 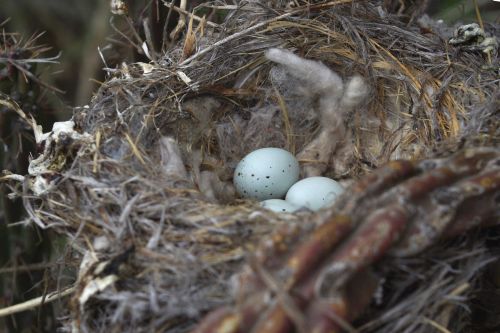 Mexican scientists have shown that the stronger the threat of infection of the nest with ticks, the more active the birds fill it with cigarette butts, expelling the parasites with toxins.

Constantino Macías Garcia and colleagues at the National Autonomous University of Mexico investigated the behavior of North American city birds – Mexican lentils Carpodacus mexicanus, much like our sparrows. Reports that they can use the antiparasitic properties of nicotine in tobacco to protect the nests have sounded before. To test this, the scientists put an experiment.

The authors observed 32 nests of lentils, and in each day after the appearance of eggs the day was replaced by a natural litter collected by birds on an artificial litter that did not contain any parasites. However, then in 10 nests, real live mites were brought in, 10 more dead, and the remaining 12 were kept clean. In an article published by the Journal of Avian Biology, Garcia and his colleagues write that when there were ticks in the nest, soon appeared “unwashed” cigarette filters that birds brought from the streets. The total weight of cigarette butts, brought home by owners of tick-infected nests, was 40 percent more than in nests with dead mites.

All this allows scientists to assume that birds use cigarette filters to fight ectoparasites, which can damage feathers and feed on blood. Find and collect their females, most likely, relying on the sense of smell. However, the bad habit remains harmful. Nicotine and other substances contained in cigarette butts are poisonous to birds, but the ability to get rid of parasites is probably more important than not so rapid toxic effects.