Blind from birth told about hallucinations under LSD 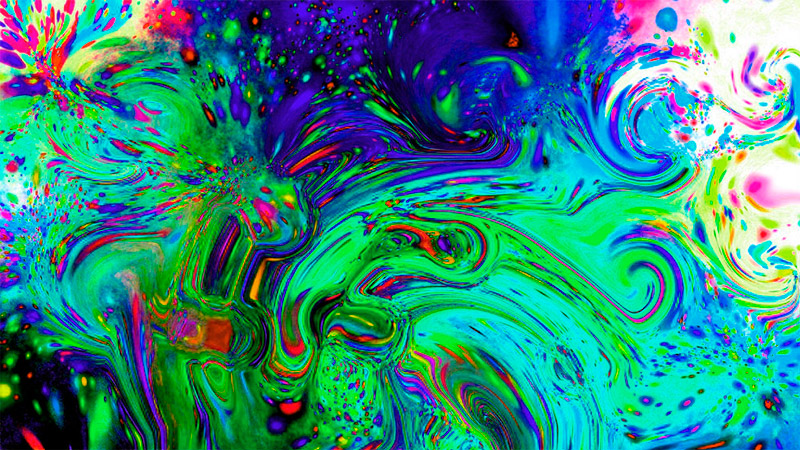 British scientists compiled from the words of a blind rock musician the first ever report on psychoactive substance-induced hallucinations of a man who has never seen a single color in his life.

In the unique case report published in the journal Consciousness and Cognition, blind from birth scientist told about his experience substance use LSD, including the experience of synaesthesia – a phenomenon of the same nature as incentives cause other experiences. In the case of the person in question, the synaesthesia was a mixture of touch and sound.

In ordinary life, we experience signals coming from the senses, in autonomous modalities: we see color, hear sounds, feel touch. Sometimes, as a result of mental disorders, after trauma or under the influence of psychoactive substances, the modalities are shifted, and the person “sees the sounds,” “hears the colors.” Or even more difficult: there are cases when the sounds caused a visual experience of the taste of food. Since such stories are rare, in human languages ​​there is no semantic apparatus for describing them. The phenomenon of mixing sensory modalities is called synaesthesia. About mechanisms of its scientists are still arguing: The most popular theory is that synesthesia – the result of the activation of cross-links between the regions of the brain that specialize in the processing of information about the different senses.

The man, according to which the researchers compiled the report, was born in 1948, two months before the deadline set by the doctors. Because of this, he developed a retinopathy of prematurity, which made him completely blind. As a teenager, he started playing musical instruments and later made a career as a rock musician. With his band, he toured and conducted not the most moderate lifestyle, frequent use of psychoactive substances, mostly marijuana and its derivatives, as well as hallucinogens – psilocybin, Ayahuasca and LSD in the form known as the blue pentagon ( «blue pentagon” – due for blue color and pentagonal forms of marks). In the report, the musician calls himself “Mr. Blue Pentagon”.

Blue Pentagon had never seen anything, so under the influence of hallucinogenic substances has not experienced anything like the visuals, however, has repeatedly experienced synesthesia.

“Whenever I listened to music, it seemed to be in the middle of the most beautiful waterfall in the world. The effect of the waterfall was caused by Bach’s third Brandenburg concert; I heard the violins playing in my soul. <...> Sounds of ordinary songs became three-dimensional. ”

The authors of the report emphasize the importance of three conclusions that can be drawn from the story of the Blue Pentagon. Firstly, the absence of visual hallucinations in a blind person, and secondly, the quality and intensity of other experiences. And thirdly, the cross-modal experiences caused by LSD. The first point does not seem very surprising, but it is important as a starting point in further studies of the change in connectivity of the brain in congenital disorders. It is well known that the late loss of vision triggers restructuring of neural connections of the visual cortex, which in turn leads to an exacerbation of the other senses and the improvement of higher cognitive functions.

From observations of the Blue Pentagon can make a preliminary conclusion that the loss of vision at birth affects the connectivity between parts of the brain that handle tactile, auditory and gustatory signals, the authors write in conclusion.